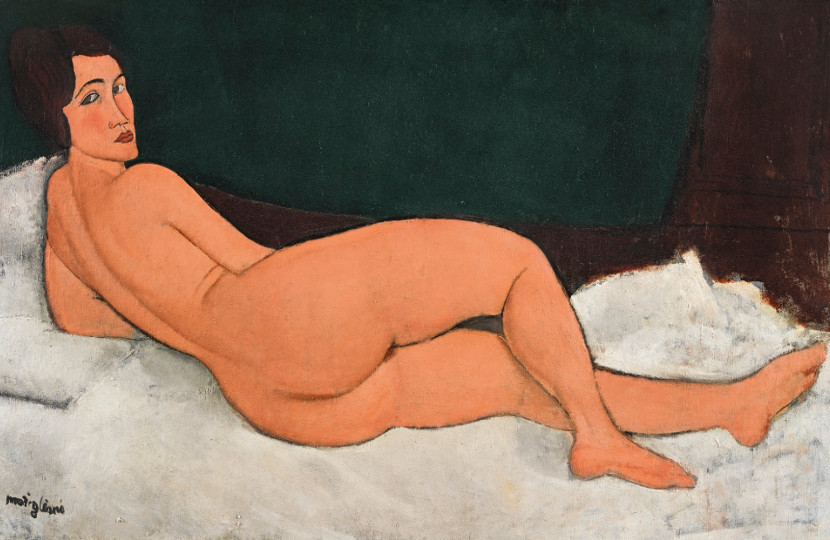 Amadeo Modigliani’s Nu couché (sur le côté gauche), one of the artist’s most important works, sold for $157.2m at Sotheby’s New York last night (May 14).
The result is an increase on the $150m estimate (the highest ever placed on a single artwork) but falls some way short of the $170m paid for another of Modigliani’s iconic nudes in 2015.

That’s a surprise, as this is both Modigliani’s largest painting (1.4m across) and his most acclaimed.

The canvas is one of several nudes he painted throughout 1917 at the behest of his dealer Leopold Zborowski. When they were first shown in Paris, the assembled crowds were so large the gendarmes shut the exhibition down. The frank sexuality of the work was decades ahead of its time.

Simon Shaw, co-head of Sotheby’s worldwide impressionist &amp; modern art department, said: “Three artists have broken the $150 million barrier at auction, but tonight Modigliani became the only artist to have crossed that threshold twice – evidence of the rapid rise in appreciation for his work that we’ve seen in recent years.

“Tonight’s price is even more remarkable when you consider that the painting last sold for $26.9 million in 2003.”

Other highlights from the impressionist and modern art evening sale included Picasso’s Le Repos (1932), which realised $36.9m – a big advance on the $7.9m paid in 2000.

The model is Marie Therese Walter, the subject of some of Picasso’s most radiant and light-filled canvases. He often painted her asleep, as in the present work.

The two met and embarked on an affair in 1927, five years before this work was painted. At first Picasso kept Walter out of his work, choosing instead to paint disturbingly distorted images of his wife Olga Khokhlova. By 1932, Walter had become his main subject and the relief is palpable.