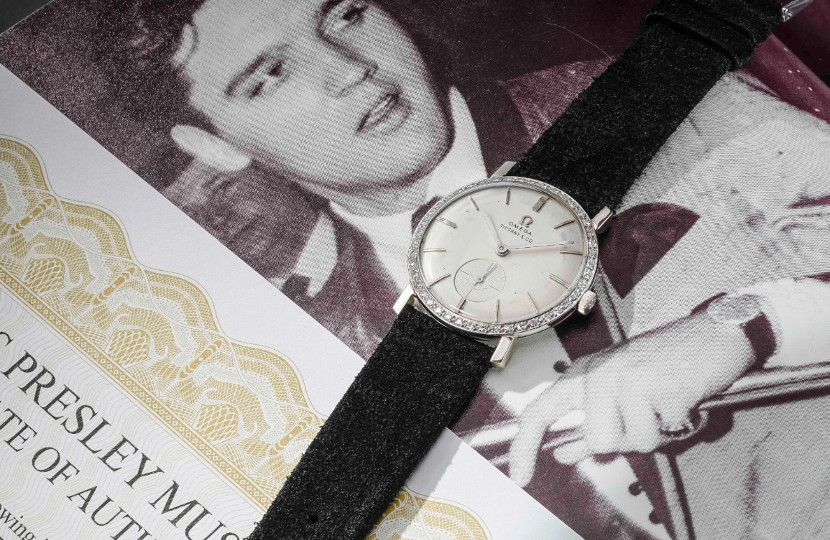 A Tiffany & Co Omega watch that once belonged to Elvis Presley sold for an astonishing $1.8m in Phillips’ Geneva Watch Auction over the weekend (May 12-13).
That’s 10 times its $108,000 estimate and represents a new auction record for an Omega watch at auction. It’s also a world auction record for a piece of Elvis memorabilia, selling for more than triple the $600,000 paid in 2015 for the gold piano that stood in his music room at Graceland.

Elvis received the watch as a gift from his record company, RCA, to celebrate his selling 75m records worldwide. The reverse is inscribed: “To Elvis, 75 Million Records, RCA Victor, 12-25-60.”

Elvis had just returned from his military service in 1960. That year he put out Are You Lonesome Tonight and It’s Now or Never – both of which were enormous hits.

Elvis’ generosity was legendary. This watch was one of many items he simply gave away. Phillips comments: “According to a statement made by the owner of the present lot, and part and parcel with Elvis’ modus operandi with his personal watches, the watch was given to the current owner’s uncle after he had expressed his admiration.

“Spotting the diamond studded Hamilton the admirer was wearing, Elvis proposed a trade, and they quickly swapped the pieces.”

Elvis’ propensity for giving things away has resulted in a dampening effect on his market. However as this latest result shows, competition for the most historically significant pieces remains extremely high.