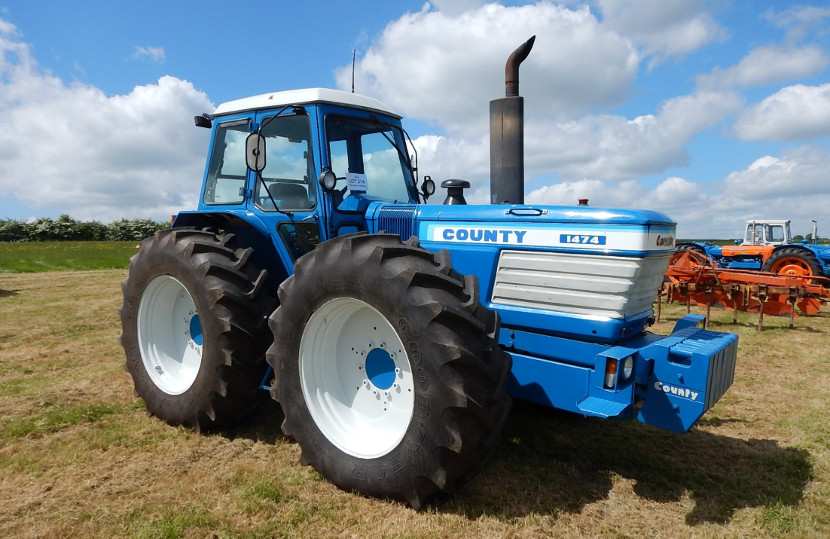 These tractors are hugely popular among farmers due to their incredible power and reliability. As County only built around 40-50 models before going under in 1983, the price has risen dramatically. Today only seven of these Long Nose tractors are known to exist.

All 38 tractors in the sale were from the lifetime collection of Paul Cable, who has a particular eye for Fords and Fordson tractors.

Oliver Godfrey, director of Cheffins, explained: “Paul Cable was at one time one of the largest agricultural contractors in Hertfordshire, but he decided to retire from the business in 2003 and devote time to his passion for collecting classic tractors, whilst still farming 150 acres in rural Hertfordshire.

“Following a 50-year career in farming, he has decided to retire and sell his collection at one of the most significant on-site sales for machinery of this type to have hit the market for many years.”

The previous record for a British tractor at auction was set at £86,100 ($116,289) in 2017 for a 1963 Matbro Mastiff. This tough, muscular model is one of only 10 in existence and has an equally solid fanbase. With two records coming so close together, it’s safe to say the secondary market for British tractors is booming.