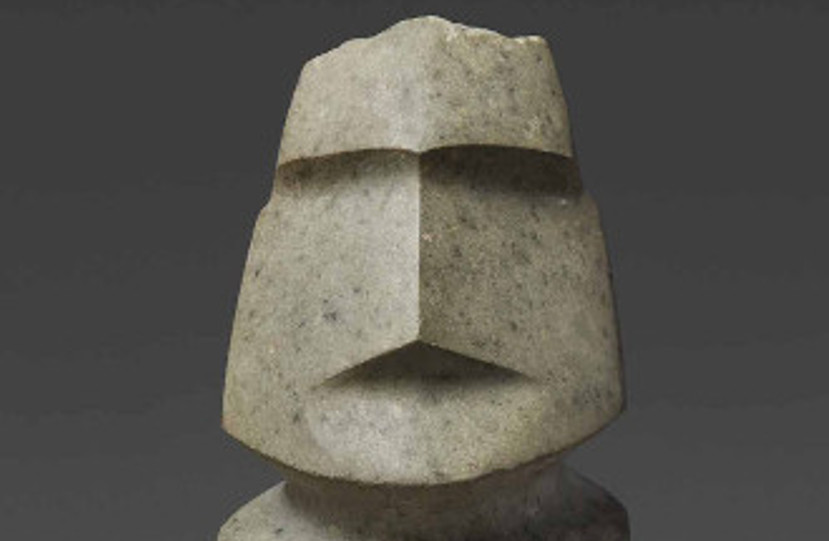 A Mezcala standing figure led a sale of Mezcala, Chontal and Olmec artefacts at Sotheby’s Paris on April 9.
The piece dates to around 300-100 BC and is carved from a volcanic rock known as andesite. It sold for $541,802, a vast increase on its $105,000 valuation.

Titled “A Quantum of History”, the sale consisted entirely of pieces from the collection of the late Nobel Laureate Ilya Prigogine and his wife Maryna.

Famed for his work on chaos theory, Prigogine began obsessively collecting these strange and beautifully worked Mezcala sculptures in the 1960s. Most were created by rubbing a piece of twine against the rock – an agonisingly slow process. They’re believed to have been created as burial offerings and typically depict abstract human figures and temples.

“He felt that these ancient artists tried to capture, through the mysterious little buildings, man’s constant questioning of eternity, reincarnation and passages to the other world…

“Because of their reductivist quality, it’s so easy to project all sorts of thoughts, dreams and fantasies on to them.”

Little is known about the culture of the Mezcala people, who lived in south-western Mexico between 700 BC and AD 650, although they appear to have had a close relationship with the great nearby city of Teotihuacan.

The Aztec culture, established in AD 1300, is known to have placed huge value on Mezcala sculpture. Reliquary rooms in temples were given over to these figures, which were excavated from ancient sites.