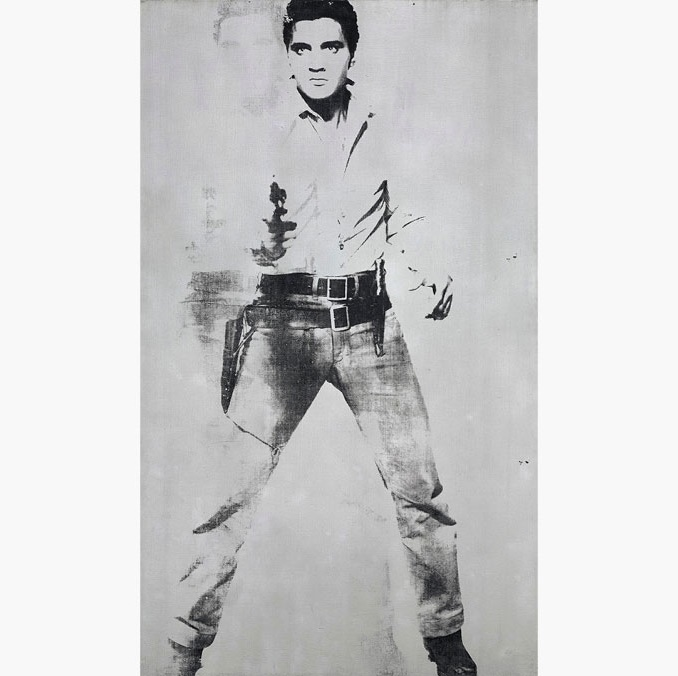 An iconic Andy Warhol portrait of Elvis Presley will be amongst the highlights of a forthcoming modern art sale at Christie’s.
Warhol’s ‘Double Elvis [Ferus Type]’ is expected to fetch in the region of $30 million when it crosses the auction block on May 17, as part of the company’s Evening Sale of Post-War and Contemporary Art in New York.

"For Warhol, an artist who was obsessed with popular culture and fame, Elvis was a perfect subject," said Loic Gouzer, Christie’s Co-Chairman of Post-War and Contemporary Art.

"With its monumental size and its shimmering silver surface, this painting encapsulates the glamour and power of Rock and Roll as Warhol saw it. Coming from one of the most ground-breaking exhibitions ever staged for Warhol, this painting holds a paramount place within the pantheon of his celebrity portraits."

The painting was one of several Elvis portraits created by Warhol in 1963, for a special exhibition at the Ferus Gallery in Los Angeles.

He used an image of Elvis taken from his 1960 Western movie Flaming Star, in which he plays Pacer Burton, a half-Native American youth torn between two cultures. The entire gallery was decorated with this constantly repeated image, along with several other works depicting Elizabeth Taylor.

Back in 2009, another of Warhol’s silver Elvis portraits from the same exhibition made headlines when it was reported to have hit the $100 million mark in a private sale.

The 12ft-long ‘Eight Elvises’ had originally been part of a larger mural which covered an entire wall of the Ferus Gallery.

It was acquired in the mid-1960s by the Italian art collector Annibale Berlingieri, who owned it for 40 years before selling it to an anonymous collector in 2008.

The sale made Warhol only the fifth artist in history to achieve a $100 million sale, and to this day the whereabouts of the work – and the identity of the owner – remain a mystery.

In addition to ‘Double Elvis [Ferus Type]’, the sale at Christie’s will also feature another important Warhol work, ‘Most Wanted Men, No. 11, John Joseph H., Jr.’.

The series was originally conceived as a controversial mural for the New York World’s Fair in 1963, but it was swiftly painted over (reportedly because Warhol himself disliked it), and it became a rare series of individual paintings.

The work was originally owned by Mickey Ruskin, owner of the legendary New York nightclub and restaurant Max’s Kansas City, which was a regular hang-out location for Warhol and played host to shows by The Velvet Underground.

"The King of Rock’n’Roll and the career criminal – icons of icons," commented Alex Rotter, Christie’s Co-Chairman of Post-War and Contemporary Art.

"These two paintings are very memorable and early examples of Warhol’s profound understanding of fame. Both works, pure black silkscreen on silver and white backgrounds, are the best of Andy Warhol in one auction.

"We are thrilled to present them together in Christie’s New York sale of Post-War and Contemporary art." 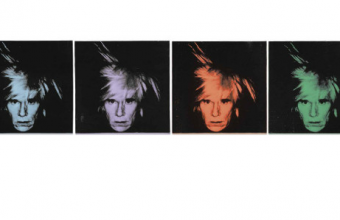 Andy Warhol’s Six Self Portraits will star at Christie’s