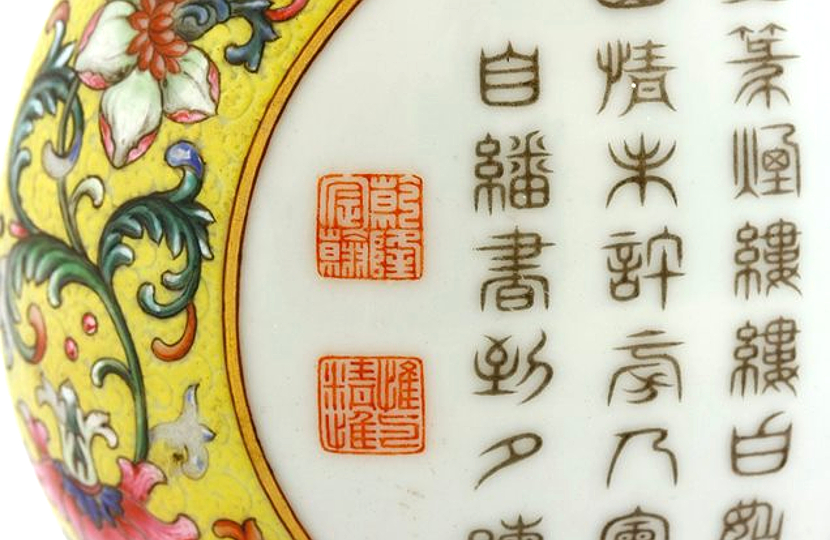 A vase bought in a U.K charity shop for just £1 has sold for almost £500,000, after it was discovered to have been made for a Chinese Emperor.

The remarkable discovery hit the auction block with Sworders Fine Art Auctions, as part of their Asian Art auction on November 8.

The consignor had originally bought the vase in a Hertfordshire charity shop because he liked the design, and had no idea of its history or value.

He then listed it for sale on eBay with a low starting price, and was instantly deluged with offers and enquiries from frantic bidders around the world.

Realizing the vase could be a little more special then he realized, he quickly removed it from the site so he could do some more research.

He then took the vase for an appraisal at Sworders Finer Art Auctioneers, and was stunned to learn his £1 purchase was in fact a Chinese royal treasure.

The vase had been made for the Qianlong Emperor, who ruled China from 1735 until 1796 and was renowned for his love of porcelain and the decorative arts.

The famille rose vase, which stands just eight inches tall, was designed to be hung from a wall and is inscribed with an imperial poem praising incense.

The intricate floral decoration is painted onto a yellow base, a colour which was traditionally reserved for the Emperor.

The marks and inscriptions suggest the piece was commissioned by the Emperor himself and produced in the Imperial kilns for use in one of the royal palaces.

Experts at Sworders initially valued the vase at up to £80,000 – in itself, a stunning price for a £1 charity shop discovery.

But when bidding started, it became clear that the vase had attracted the attention of some serious high-end collectors.

“This has been the perfect auction story,” said Yexue Li, head of the Asian art department at Sworders. “A bargain find, a culturally important and beautiful work of art and a life changing sum of money for the vendor. He is understandably ecstatic.” 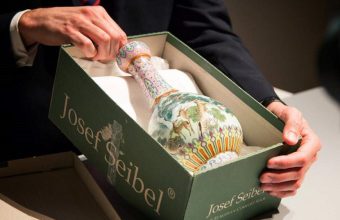