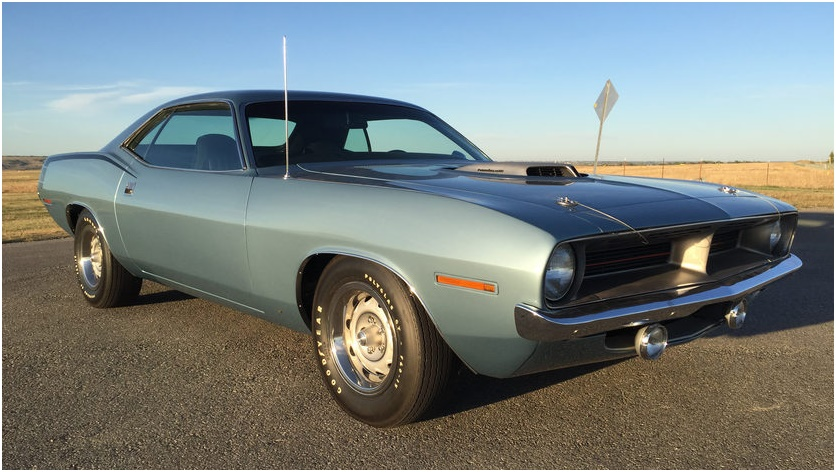 Mecum Auctions will head to Portland later this month with an impressive line-up of classic American rides.
An estimated 600 muscle cars, classics, Corvettes, Hot Rods, Resto Mods and exotics are set to cross the block at the Portland Expo Center

Amongst the standout lots is a 1970 Plymouth Hemi Cuda coupe, one of only 368 examples to combine the 426/425 HP engine with the heavy-duty A727 Torqueflite automatic transmission. The matching numbers is fresh from a full restoration, with 600 new miles on the clock, and presents as original with Ice Blue Metallic paint work and the highly desirable shaker hood.

Another major highlight is a matching numbers 1969 Boss 429 Fastback, one of 859 built in 1969. Having been rotisserie restored in 2011, the car is finished in striking Wimbledon White, with black interior and chromed Magnum 500 wheels, and retains its original AM radio.

Topping off the trio from the automotive ‘Big Three’ is a 1968 Chevrolet COPO Nova SS, one of the 50 examples built for Fred Gibb to create a legal Chevy driveline combination for NHRA Super Stock competition.

Originally sold new through Dick Harrell Performance Center in Kansas City, the fully restored car is one of only ten finished in Tripoli Turquoise, and comes backed with a wealth of historic documentation.

Further notable lots up for grabs will include a 1965 Shelby GT350 Fastback, offered after 38 years of ownership; a 1962 Chevrolet Bel Air Z11 Bubble Top; a 1958 Nash Metropolitan; and a 1948 Mercury Convertible.