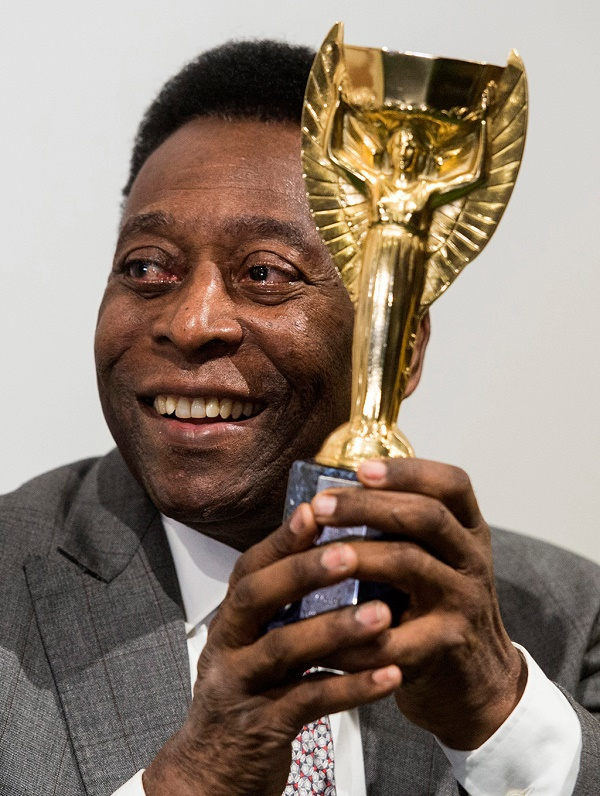 Pele’s personal copy of the Jules Rimet trophy has sold for more than half a million dollars in London.
The trophy was one of the star items in a landmark three-day sale of Pele’s own memorabilia collection, hosted by Julien’s Auctions.

Pele remains the only player in football history to win the World Cup three times. His first win came in Sweden in 1958, as he took the world by storm at the age of just 17, becoming the youngest player and youngest goal scorer in the tournament’s history.

Brazil retained the trophy four years later in Chile in 1962, despite Pele missing much of the tournament through injury, and in 1970 he was part of the iconic group of players regarded as the greatest team in history, who outplayed the rest of the world on the way to victory in Mexico.

Having won the World Cup for an unprecedented third time, the Brazilian national team were allowed to keep the historic Jules Rimet trophy. In honour of his personal achievement, FIFA and host nation Mexico presented Pele with his own copy of the cup, making him the only player ever given his own World Cup.

"It gives me great joy to talk about the Jules Rimet Trophy. I’m the only athlete in the world to win three World Cups and truly conquer the Jules Rimet. I have to thank all the players that were by my side at the Brazilian national squad for all those years because this achievement is really memorable. I thank God for giving me this joy."

As a piece of history from football’s greatest-ever player, the unique presentation trophy sold for £394,000 ($570,470), the second-highest price ever paid for a piece of football memorabilia at auction.

The record for the most valuable piece of World Cup football memorabilia was set in 2014, when Mario Götze’s goal-scoring boot from the 2014 final which won the tournament for Germany sold at a charity auction for £1.57 million ($2.27 million).