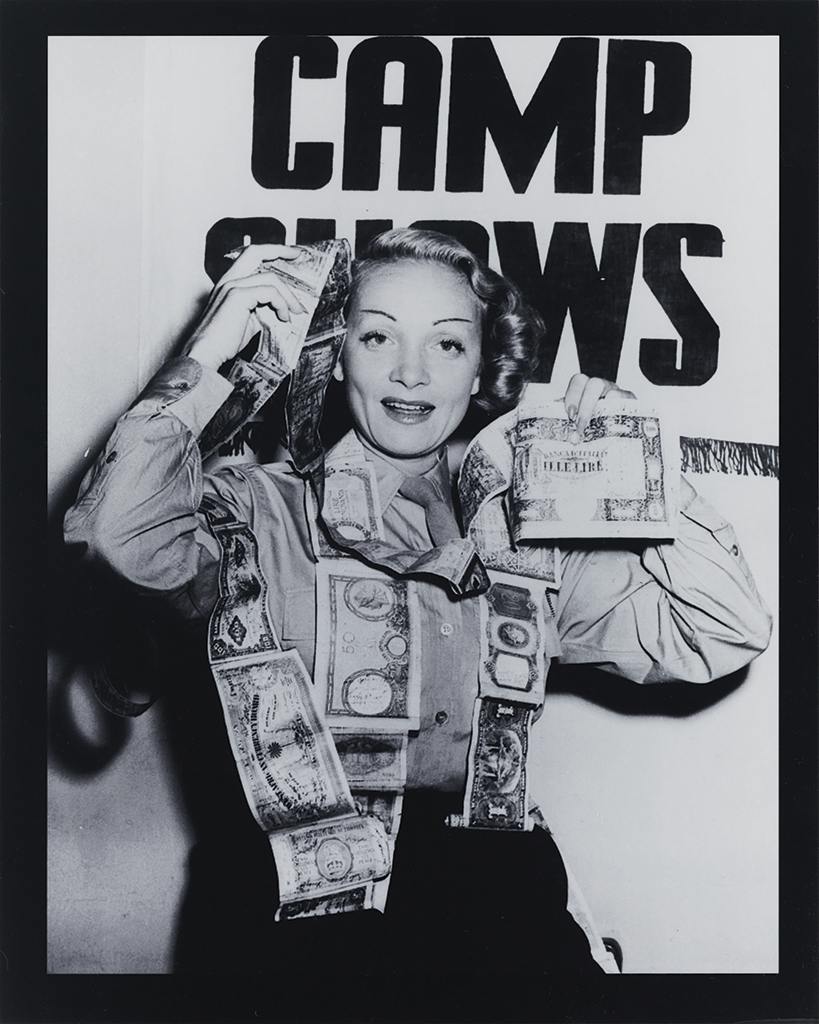 A ‘short snorter’ originally owned by the iconic screen star Marlene Dietrich will be offered for sale at Swann Auction galleries next month.
The term ‘short snorter’ refers to a roll of banknotes, joined together and covered with signatures, forming an informal type of autograph book.

This particular ‘snorter’ belonged to Dietrich, who collected the signatures during her travels throughout the 1940s.

The strip features 83 banknotes from around the world, and approximately 1,000 signatures from notable figures in the military and the entertainment business.

Having renounced her German citizenship and became an American citizen in 1939, Dietrich was a passionate and vocal opponent of the Nazis, who donated hundreds of thousands of dollars to help Jews and dissidents escape from Germany.

Throughout WWII she was also a highly prominent figure in the USO, and completed two lengthy tours of Allied bases, performing for troops in Algeria, Italy, the UK, France and Germany.

She also toured extensively across the U.S, performing for American troops and helping to sell more War Bonds than any other star.

Her ‘snorter’ includes the signatures of numerous top U.S Army figures, such as Generals George S. Patton and Omar Bradley, along with celebrities like Irving Berlin, Burgess Meredith and her close friend Ernest Hemingway.

The origin of the ‘short snorter’ beagn back in the 1920s, as a custom between Alaskan Bush pilots.

Pilots and air crews who met during their travels would sign banknotes for each other, and if they ever met again, they could be challenged to produce the signed note.

Anyone caught without their note would owe the other person a drink, but as pilots and alcohol weren’t a great combination, they would take a ‘short snort’ – a drink smaller than a standard measure.

The tradition soon spread throughout military and commercial aviation, and flourished throughout WWII as pilots flew back and forth across the Atlantic, and bomber crews crossed paths at air bases throughout Europe.

Dietrich’s ‘snorter’ is considered a significant example, and is expected to sell for up to $5,000 when it crosses the auction block in New York on November 7. 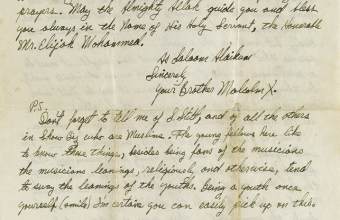