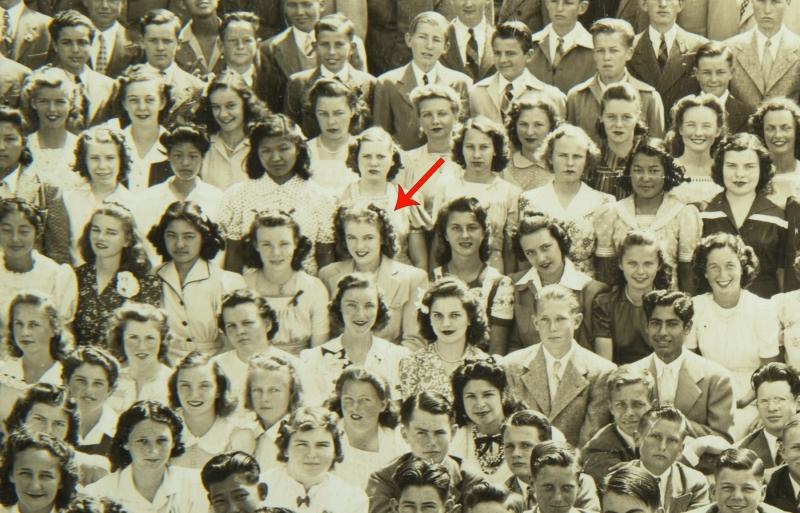 Rare memorabilia from Marilyn Monroe’s early school days is set to auction at Julien’s in Los Angeles next month.
The company’s Hollywood Legends sale will offer two personal items which pre-date Monroe’s status as the world’s most famous woman: her junior high school photograph and diploma.

Before finding fame on the silver screen she was Norma Jean Baker, a troubled schoolgirl who had spent years living in orphanages and foster care, following her mother’s mental breakdown.

Having lived for a period with her mother’s friend Grace McKee Goddard, in September 1938 Monroe moved in with Grace’s aunt, Ana Atchinson Lower, and enrolled at Ralph Waldo Emerson Junior High School.

The photograph offered at Julien’s was taken in the summer of 1941, when Monroe was just 15 years old.

Although she was regarded as a mediocre student in most respects, she excelled in writing and contributed articles to the school’s newspaper.

The panoramic photograph features hundreds of students, and Monroe can be seen in the seventh row from the bottom and the 15th person from the right. The front bears the mark "Belongs to Norma Jeane Baker.", and the reverse features inscriptions from many of her friends and classmates, many of which begin "Dear Norma…"

She then enrolled at Van Nuys High School in September 1941, but when her foster parents moved away from California just a few months later, Monroe was forced to move back temporarily to Nebraska with her Aunt Ana.

Monroe began attending University High School in February 1942, but was faced with a return to the orphanage. With no intention of going back, she took evasive action and dropped out of high school to marry her 21-year old boyfriend Jim Dougherty in June 1942.

The Julien’s Auctions Hollywood Legends sale, including Property from the estate of Patrick Swayze takes place in Los Angeles on April 28-29.