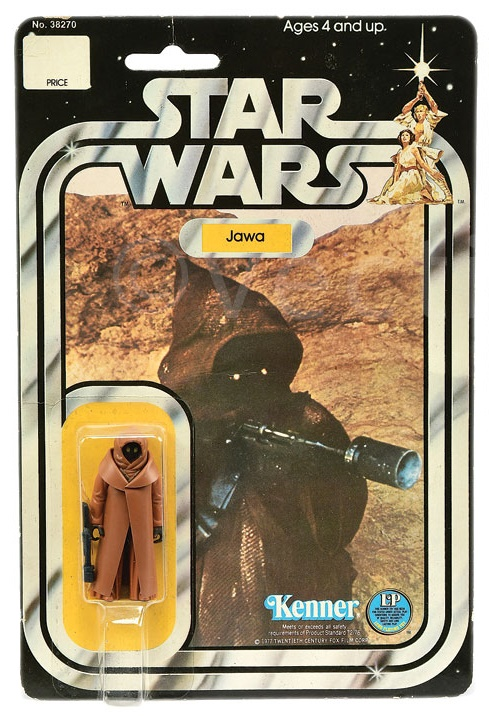 A highly rare vintage Star Wars figure has sold for more than $12,000 at auction in the U.K.
The vinyl cape Jawa figure crossed the block at vintage toy specialists Vectis Auctions, where it fetched a final price of £10,200 ($12,740).

The Jawas were amongst the first group of action figures produced by toy manufacturer Kenner, following the release of Star Wars in 1977.

The Jawa capes were initially made from thin vinyl, in a similar manner as those worn by the Darth Vader and Obi-Wan Kenobi figures.

However, because the Jawa figures were half the size, but sold for the same price, Kenner began making the Jawa capes using a more luxurious fabric material, so they would offer better value for money.

The Jawas with vinyl capes were only in production for around six months, and the capes were easily removed and ripped – meaning intact versions are highly sought after by collectors today.

Even rarer are those figures which have remained unopened in their original packaging for 40 years, such as the example offered at Vectis this week.

The figure was consigned by a collector who remembered buying the figure as a child in the 1970s:

"As a kid and Star Wars fanatic, I have memories of my mum taking me down to the local market every Saturday to buy me the latest figure that had been released.

"I had a friend who, like me, was obsessed with Star Wars and we would share toys and play with them together and I think it was him that told me about the Jawa and how a plastic cape one was coming out.

"I honestly have no idea how he knew given that back then there was no internet but I remember asking the market stall owner to get me one. He confirmed that one was being released and promised to try and get me one.

"It took him weeks to find it and I remember him telling me how hard it was to locate and how rare it was and for that reason I never opened it. It has never been opened, out of my possession or altered in any way and I hope it goes to a collector who values just how rare a piece it is." 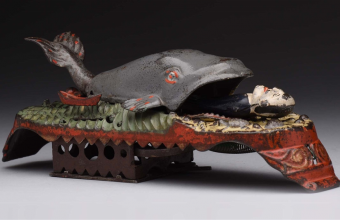