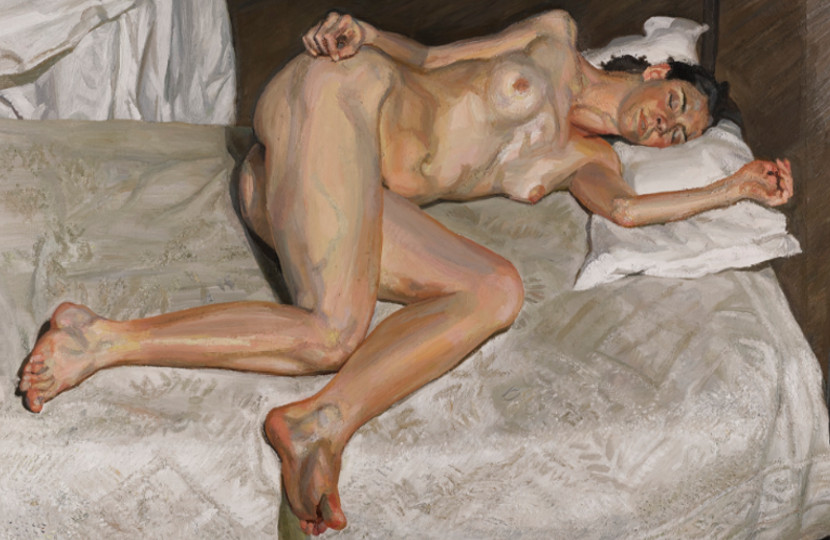 Lucian Freud’s acclaimed nude portraits have become hugely sought after over the past couple of years.

Sotheby’s describes Nude on a White Cover as “[representing] the culmination of Freud’s lifelong engagement with the reclining nude” and “a moving, tender, and beautiful elucidation of the eminent Lucian Freud’s overriding artistic concept”.

The model is Sophie Lawrence, a woman he met while preparing for his Tate retrospective and who only appears in this one portrait. While Freud’s usual subjects were close friends and family members, Lawrence’s status as an acquaintance heightens the sense of anonymity in the work.

Lawrence’s body is rendered with unblinking accuracy. Freud always painted exactly what he saw, focused for hours on capturing every subtlety of the flesh. The results show the sitter vulnerable and totally bare. As Freud himself put it: “I paint people, not because of what they are like, not exactly in spite of what they are like, but how they happen to be.”

The work is one of the first (alongside six others) Hockney produced on the subject of his native county, having spent the majority of his career to date in California. Of those six, only two remain in private hands.

It celebrates the gently rolling hills of east Yorkshire, albeit spiked with the sunlight and psychedelic colours of Hockney’s West Coast canvases. This first series would spawn a further exploration of the landscapes of the artist’s youth, culminating in the extraordinary 32 canvas work The Arrival of Spring in Woldgate, East Yorkshire (2011).