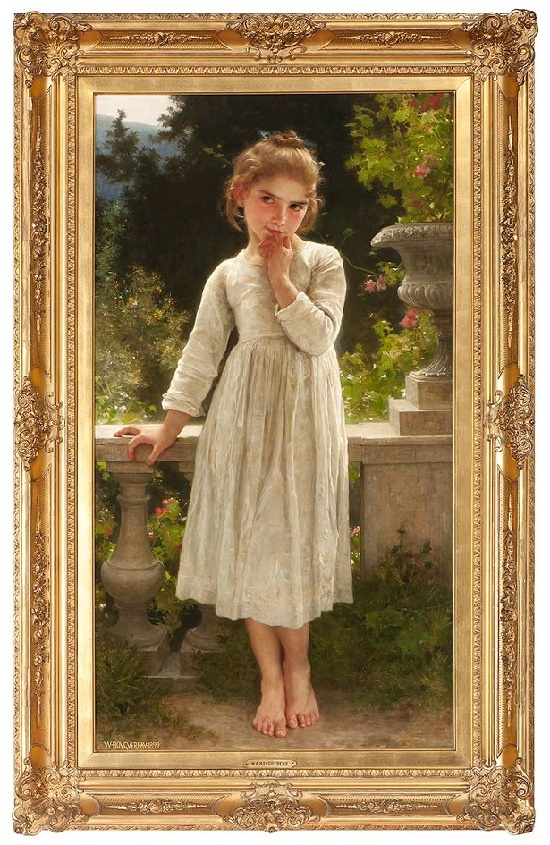 A lost French masterpiece rediscovered via Facebook has sold for more than $1 million in Ohio.

The artwork, entitled Rayon de Soleil (Sunbeam), was painted back in 1899 by the renowned realist painter William-Adolphe Bouguereau (1825-1905), but had been lost for more than 100 years.

The painting had last been recorded in 1909, when it was sold by a Chicago dealer to a private collector. But it had not been seen since, and scholars believed it to have been destroyed.

But earlier this year, auctioneer Wes Cowan received a tip-off via a Facebook message, telling him the artwork could be found on the wall of a family home in the town of Elkhart, Indiana.

Intrigued, Cowan travelled to the town to investigate, and discovered the painting was safe and sound, having remained in the same family for 117 years.

The painting had been acquired back in 1909 by Charles Gerard Conn: a former member of the Indiana State House of Representatives, a Representative to the U.S. Congress, Mayor of Elkhart and founder of one of America’s biggest manufacturers of brass and woodwind instruments.

It had quietly passed down through the generations of his family, who never knew they were sitting on a fortune – until they decided to consign it to auction this week.

Offered on the open market for the first time in over a century, the painting was expected to sell for $300,000 – $500,000. But as a packed saleroom watched in anticipation, five phone bidders and another in the room pushed the final price up to $1,100,250 (including buyer’s premium).

“The painting was fresh-to-the market and had not been publicly seen since it was purchased in 1909,” said Wes Cowan, founder and owner of Cowan’s Auctions.

“It was a superior work, painted at the height of Bouguereau’s career, and in tremendous condition. We’re overjoyed with the price but even before the sale we were confident that its resurfacing would create quite a stir in the market.”

“This was the third item Cowan’s has sold for over $1,000,000 since beginning operations in 1995,” added Cowan. “Some people in this industry believe that seven figure sales can only happen in New York or other huge cities where the wealth is more concentrated. But increasingly we’re finding collectors and dealers get their news about fine art and auctions through the Internet.”

And in this case, the internet can also help you rediscover lost French masterpieces. 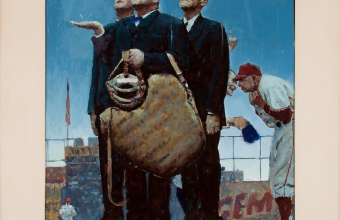