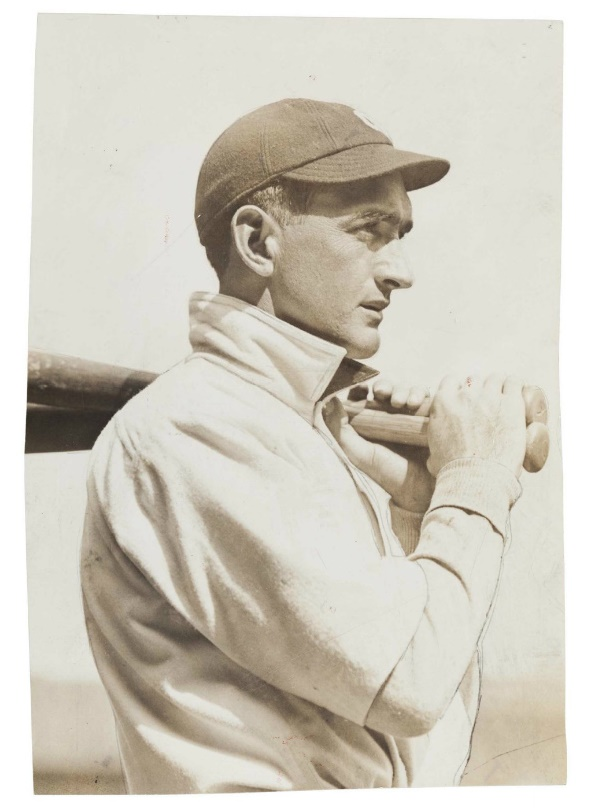 A bat used by baseball legend Shoeless Joe Jackson has sold for more than half a million dollars at Christie’s.
The bat was one of the leading lots in a sale of historic memorabilia from the collection of the National Pastime Museum.

Shoeless Joe Jackson has attained a near-mythical status as one of the greatest players of all-time, and was described by Babe Ruth as "the greatest natural hitter I ever saw".

At the peak of his career he was embroiled in the so-called ‘Black Sox’ scandal, in which several of his Chicago White Sox teammates were accused of taking bribes to throw the 1919 World Series against the Cincinnati Reds.

Despite being found innocent by a jury, eight players including Jackson were banned from baseball for life. Jackson spent the rest of his life pleading his innocence, which even his fellow teammates attested to, but to no avail.

He eventually passed away in 1951, having spent the last years of his life running a licquor store with his wife in South Carolina.

Just three bats from Jackson’s career are known to have survived.

The first is his legendary ‘Black Betsy’ bat, hand-carved from a Hickory tree and given to Jackson at the age of 15 whilst he played in the minor leagues. He continued to use the homemade bat when he moved up to the Majors, and used it to set countless records. The fabled bat last sold at Heritage Auctions in 2011 for $537,750.

The second surviving bat is Jackson’s first professional model bat, used during his rookie season in 1911 with the Cleveland Naps, in which he hit a .408 batting average – a record for a rookie season which stands to this day. That bat sold at Heritage in 2014 for $956,000.

The third bat offered at Christie’s was a Hillerich & Bradsby, Pre Model number bat dated circa 1917-21, used by Jackson during his Major League career with the White Sox.

As only the second professional model Jackson bat ever offered for sale, and the only full name script signature example, it fetched a final price of $583,500.