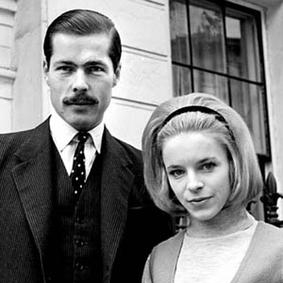 Lord Lucan’s top hat has been the lead performer of an auction of the absent aristocrat’s belongings.

Lucan was a 39-year-old British peer who disappeared after murdering his children’s nanny, Sandra Rivett, in 1974, and seriously injuring his wife, Lady Lucan.

The buyer of most of the lead items was an unidentified bidder from the Isle of Man.

According to the Mirror newspaper, this led some auction participants to wonder aloud if “Lucky” was buying his old stuff back.

The large sums are evidence of the British public’s enduring fascination with the man nicknamed "Lucky" due to his gambling losses.

Holloway’s auctioneer James Lees told the Telegraph newspaper that Lucan had become "a bit of a cult figure".

The discovery shortly after the murder of Lucan’s abandoned car in the coastal town of Newhaven led many to believe he committed suicide at sea. Yet with no body, rumours Lucan may have escaped abroad have endured.

And although Lucan was officially declared dead in 2016, some believe he is still alive. He has been “sighted” in Gabon, Switzerland and India – where, so the story goes, he was living as a hippy called Jungle Barry.

The money raised will go to homeless charity Shelter.