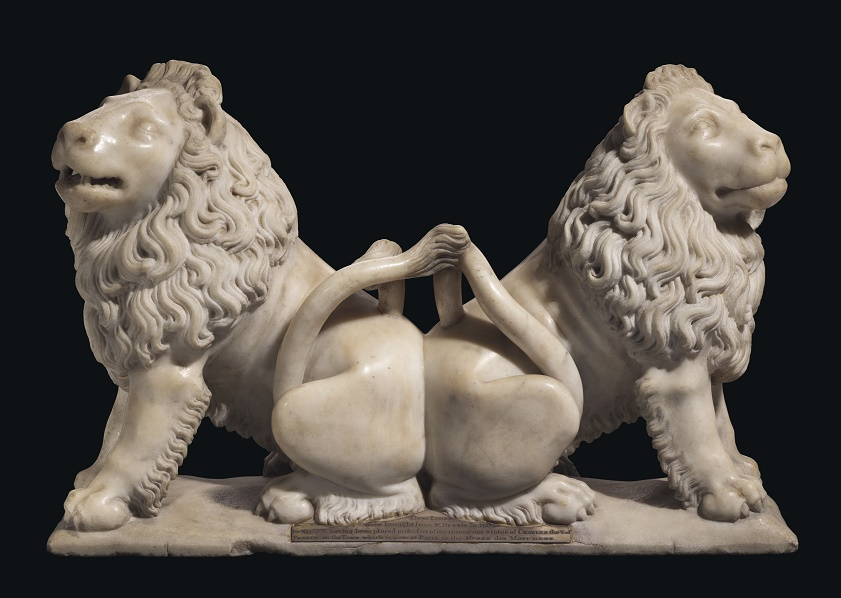 Christie’s is set to auction a historic pair of 14th century marble lions from tomb of King Charles V of France.
For centuries, experts believed the sculptures to have been destroyed during the French Revolution – but since 1802 they had actually remained safe and sound in the collection of an English aristocrat and his family.

The lions were carved circa 1364-66 by André Beauneveu, one of the most important sculptors in late medieval Europe.

Beauneveu was commissioned by the newly-crowned King Charles V to create four lavish tombs for his family, including his own, which lies at the Abbey of St. Denis in Paris.

These tombs were later dismantled by the revolutionary government in 1793, when the National Convention decreed that the tombs of "former kings" should be destroyed.

However, the effigy of King Charles V was saved by the archaeologist Alexandre Lenoir, who had devoted himself to preserving France’s historic monuments during this chaotic period and established the Musée national des Monuments Français.

Experts now believed that the lions were separated from the main effigy and sold by Lenoir in the early 19th century, as he sought to raise funds for the museum.

They were acquired in 1802 by the English aristocrat Sir Thomas Neave, during a visit to Paris in the midst of the Napoleonic Wars, and have remained in the collection of his family ever since.

The marble lions will now be offered for sale at Christie’s, where experts believe they could sell for upwards of £4 million.

"It is extraordinarily rare to offer any medieval work of art with such a fully documented provenance," said Donald Johnston, International Head of Sculpture at Christie’s U.K.

"The fact that this marble group was executed by one of the most important sculptors of the period and is part of an important royal commission makes it even more remarkable. The discovery of these lions in a private English collection is wonderful news for collectors and scholars who previously thought they had been lost during the French Revolution."

The Christie’s Exceptional Sale will take place in London this July.