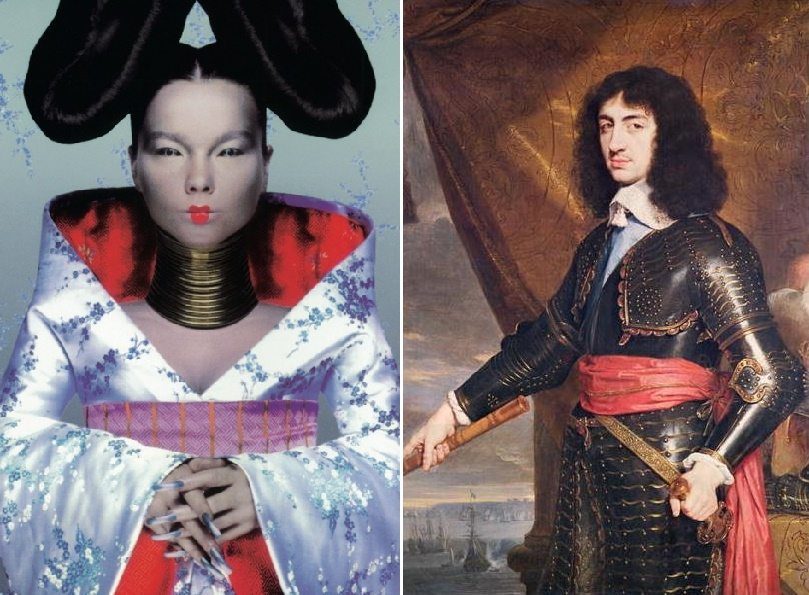 The latest sale of vintage couture fashion and historic dress at Kerry Taylor Auctions covers everyone from Björk to King Charles II.
Leading the selection of historic Royal memorabilia is a set of baby robes believed to have originally belonged to King Charles II. Having passed down through the family of Margaret de Halsey, a Lady in Waiting in the court of King Charles I, circa 1630, the robes have been displayed at the Museum of London since the 1940s and are estimated at £2,000-£3,000 ($2,900-$4,380).

The auction also includes a fascinating collection of items relating to the relationship of the Duke and Duchess of Windsor, including private holiday photographs and the guest book from the royal couple’s scandalous wedding in France (read the full story here).

From actual royalty to music royalty, the sale offers an iconic stage-worn piece from the Queen of Pop herself, Madonna.

This gold lamé stage ensemble, featuring a famous corset with conical breasts and matching knickers, was worn by Madonna during her Blonde Ambition tour in 1990, and is perhaps the most iconic outfit of her record-breaking career. Designed by Jean-Paul Gaultier, the outfit is valued at £25,000-£35,000 ($36,500-$51,150).

Central to the sale are several stunning and unique outfits designed by Alexander McQueen for his close friend Björk.

Also up for sale is a Gaultier creation worn by the Icelandic music maverick – a stencilled suede jerkin and matching hat from the French designer’s The Grand Voyage Collection, which Björk wore on the runway for him in Paris in 1994, estimated at £1,000-£1,500 ($1,460-$2,190).

The sale takes place in London on June 14.