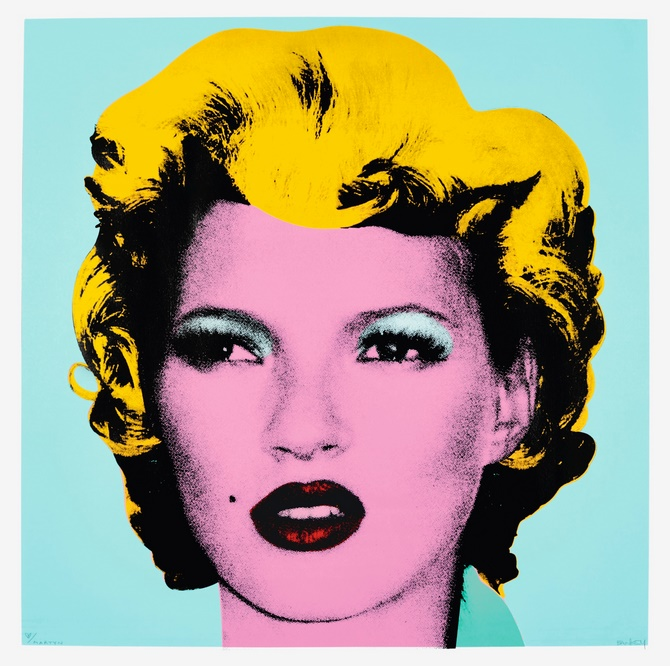 The cultural influence of Kate Moss can be felt in the upcoming Sotheby’s Made in Britain sale, with several portraits of the iconic supermodel set to cross the auction block in London.
Moss has served as inspiration to numerous British artists, and was described by fashion designer Marc Jacobs as "a muse to a generation … she defines a time, a feeling, that has become part of history."

The sale will also offer two works by British artist Chris Levine, from his ‘She’s Light’ series which featured Moss as its main subject.

Having worked with Moss extensively, McCartney (eldest daughter of Paul McCartney) described her in the Telegraph in 2010: "She’s got such character – so naughty and rock chick, but artistic. She knows how to perform and she’s got such stamina for it. In front of the camera she just glows."

According to Quinn: "If you were an artist in ancient Greece, you’d make a sculpture of Aphrodite. An artist now with the same idea would make one of Kate Moss. The sculpture of Kate Moss is not that of a real person, it’s a cultural hallucination, an image of perfection we live up to."

Sotheby’s Made in Britain sale takes place in London on September 28.