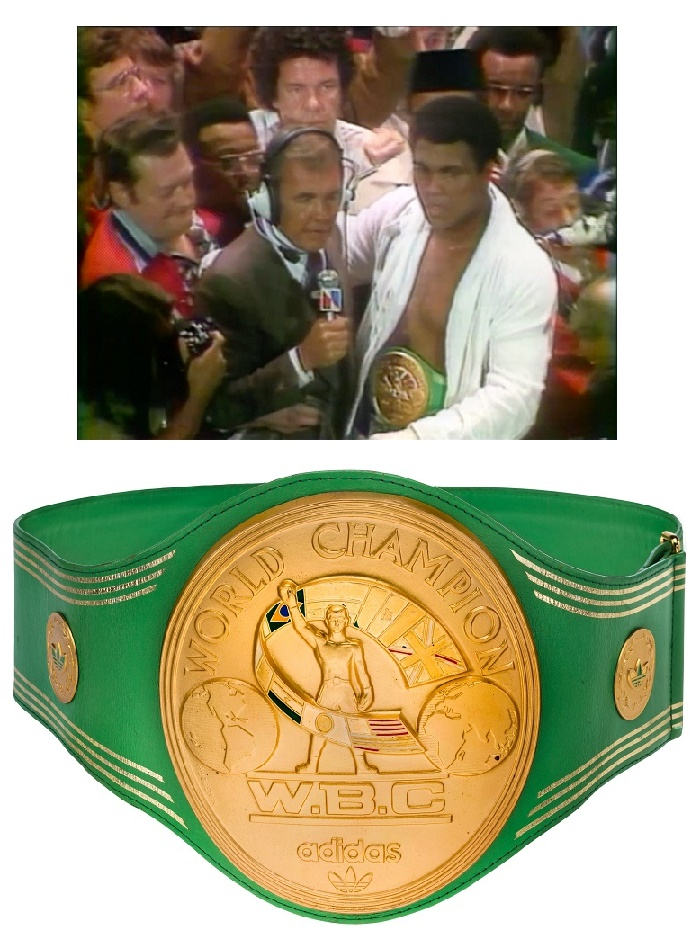 The WBC Heavyweight Championship Belt won by Muhammad Ali during his ‘Rumble in the Jungle’ fight against George Forman has sold for more than $350,000.
The belt was the leading lot in Heritage Auctions’ sale dedicated to the late boxer, which realized a combined total of more than $1.4 million in Dallas.

Ali won the belt in 1974, when he defeated the favourite Foreman in the heat of Zaire, in one of the most culturally significant boxing matches of all time.

"Ali’s WBC belt is one of only two known to exist," said Chris Ivy, Director of Sports Collectibles. "It was believed to be lost to history until it was found along with a trove of high-end memorabilia in a famous 1988 storage locker discovery. The entire hobby has been waiting for it to come to auction ever since."

That storage locker belonged to Drew ‘Bundini’ Brown, Ali’s long-time cornerman, who passed away in 1987 leaving his entire collection of memorabilia packed away. When the contents of the locker were auctioned off for non-payment of fees in 1988, this treasure trove of Ali items was revealed to the world.

Described as "arguably the most significant boxing award ever made available at public auction", the belt sold for $358,500, one of the highest prices ever paid for an item of Muhammad Ali memorabilia.

One of the sale’s standout lots was a letter written by Ali (then still Cassius Clay) to Life Magazine in 1964, regarding his recent conversion to Islam.

It was the first public affirmation of his newly-found beliefs, and was sent to the magazine when publishers refused to acknowledge the news without personal confirmation from the boxer. As a personal document from one of the most pivotal moments in Ali’s life, the handwritten letter sold for $131,450.

Further fight-worn artefacts from Ali’s legendary career included his trunks from the same Rumble in the Jungle fight, which fetched $143,400; the gloves from his second match against Floyd Patterson in 1972, which sold for $89,625; and a pair of gloves worn as Cassius Clay against Sonny Liston in 1964, which sold for $77,675. 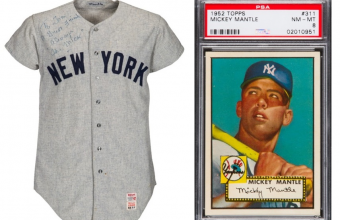