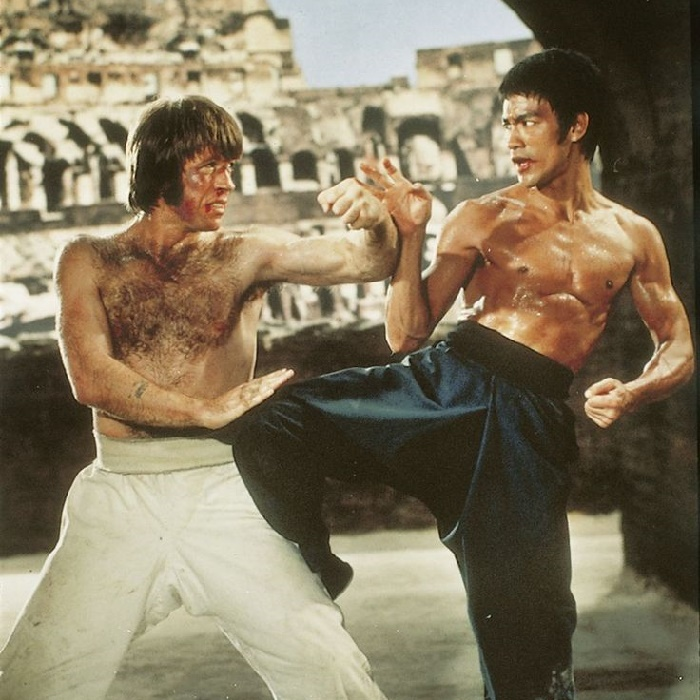 Martial arts fans will be fighting it out next month to own an exceptionally rare piece of memorabilia signed by Bruce Lee and Chuck Norris.
RR Auction will offer a remarkably rare 1960s karate tournament program, believed to be one of the only items in the world signed by both martial arts legends.

The pair both signed this program whilst attending the South Bay Annual Karate Junior and Senior Division Championships, which took place at El Camino College in Torrance, California, on October 15, 1966.

At the time, both men were teaching martial arts at their own studios in California. Lee had opened a studio in Oakland where he taught his own technique of Jun Fan Gung Fu; and Norris had opened a chain of karate schools, attracting celebrity students such as Steve McQueen, Priscilla Presley and Donny Osmond.

Just a few weeks before the tournament, Lee had also made his US TV debut as Kato in The Green Hornet, and was on his way to stardom.

According to Norris, the pair had first met in New York in 1965. Having exchanged their philosophies and techniques during a cab ride from a TV studio, they then spent the entire night sparring in a hotel corridor until seven in the morning.

They remained close friends, training together whenever they met up, before Lee returned to Hong Kong and began a successful movie career. Then in 1972 he called Norris and cast him as his nemesis Colt in Way of the Dragon.

It would be the only film Lee ever completed as a director, and the epic fight between the pair remains one of the most iconic in martial arts movie history.

The rare program, which is estimated to sell for upwards of $10,000, also comes with a letter of authenticity from Grand Master Tigi A. Mataali, who served as president and organizer of the South Bay Karate Tournament. He writes, in part:

"I recall that Chuck Norris was involved by performing a technique demonstration of his style Tang Soo Do in the Korean system…Chuck was an accomplished Black Belt, a great fighter and instructor. He was admired by many for his exceptional fighting skills…With respect to Bruce Lee and his presence at the event, he was a very good friend of mine and I personally invited him to attend this event.

"Bruce not only was a famous movie star but also a great martial artist in the style of Jeet Kune Do. He generously offered his expertise to others including many movie stars of that day. I will always remember Bruce’s keen ability with regard to his shocking and alarming face accompanied by a loud KI. I miss him greatly."