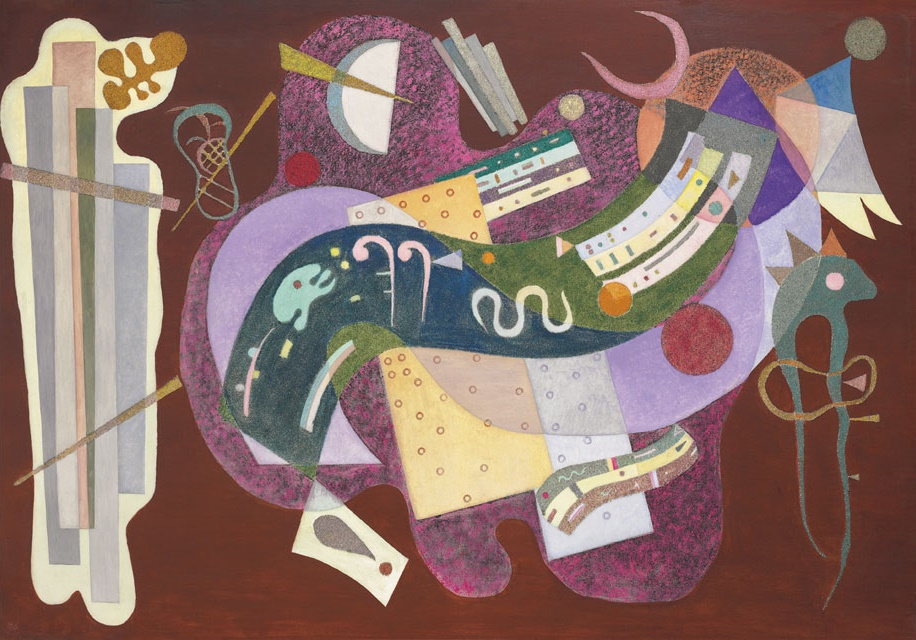 One of the finest Wassily Kandinsky works still in private hands could fetch more than $20 million at auction in New York this November.
The painting, Rigide et courbé, features a combination of vibrant colours and textures and was created during Kandinsky’s early years in Paris.

Having previously taught at the Bauhaus school of art and architecture in Berlin, Kandinsky fled Germany in 1933 as the Nazis took power and moved to Paris with his wife Nina, soon finding himself at the heart of the city’s artist movement.

"With its dynamic sweep of upward energy, Kandinsky’s Rigide et courbé evokes an epic paean, a rhapsodic song of thanksgiving suggesting the bright hope the artist saw in his new home in Paris following his flight from Nazi Germany," said Conor Jordan, Deputy Chairman of Impressionist and Modern Art.

"Abstract forms, runic symbols and mythic references, summoning Kandinsky’s life and career, intertwine with veiled allusions to contemporary events, across the broad dimensions of this technically audacious canvas which is richly worked in oil and sand. It ranks among the greatest Kandinskys still in private hands."

The painting was originally acquired directly from Kandinsky himself by Solomon R. Guggenheim, the celebrated businessman, art collector and philanthropist who established New York’s world famous Guggenheim Museum in 1939.

Since 1965 the painting has remained in the same private U.S collection, and has not been seen publically for more than 50 years.

Described as "undoubtedly the most important Paris period painting by Kandinsky to ever appear on the market", Rigide et courbé is expected to sell for $18 – $25 million when it hits the block at Christie’s.