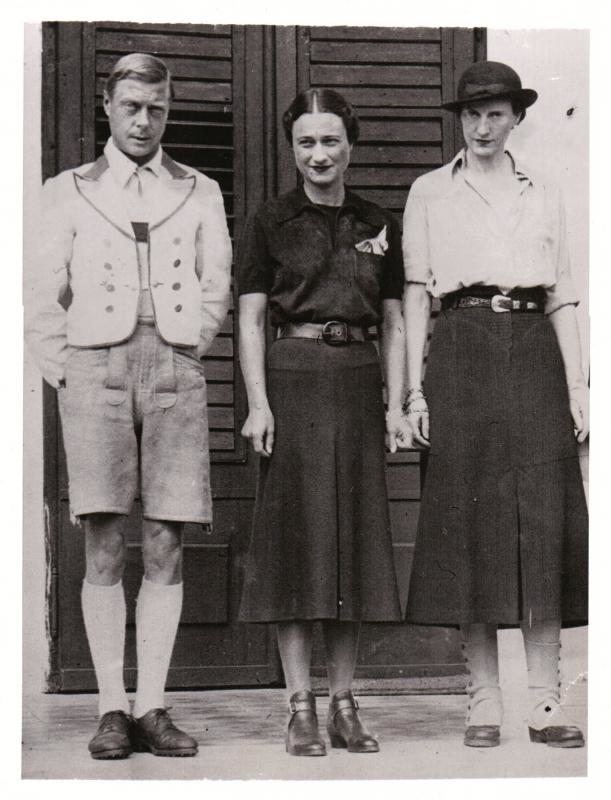 An auction house in Beverly Hills is set to offer an unusual piece of British royal memorabilia in its upcoming sale: the Duke of Windsor’s lederhosen.
The traditional Austrian outfit is expected to sell for up to 410,000 when it hits the block at Julien’s on November 17.

The Duke, who gave up the British throne in 1936 to marry American socialite Wallis Simpson, was considered a style icon throughout his life.

He had a particular fondness for Austria, which was often reflected in his sartorial choices.

Following his abdication, Edward travelled directly to Vienna, where he stayed in self-imposed exile as the guest of Baron Eugene de Rothschild.

Once Wallis Simpson’s divorce became official, the couple were married in France in June 1937, and they returned to Austria as part of their extended honeymoon.

The pair of pale grey chamois lederhosen originates from the Duke’s personal wardrobe, and is accompanied by a press photograph in which he wears an identical pair alongside Simpson.

The single-breasted grey loden jacket is embellished with forest green leaf motif, and comes complete with piped trousers and a traditional Tyrolean hat, with a badger brush encased in a metal pin.

The Duke was considered highly influential within the world of men’s fashion, and he is credited with popularizing the Tyrolean hat in the late 1930s.

Back in April 2017, the Duke’s Rothesay Hunting Tartan lounge suit, which had previously belonged to his father King George V, doubled its estimate when it sold at Julien’s for $40,625.