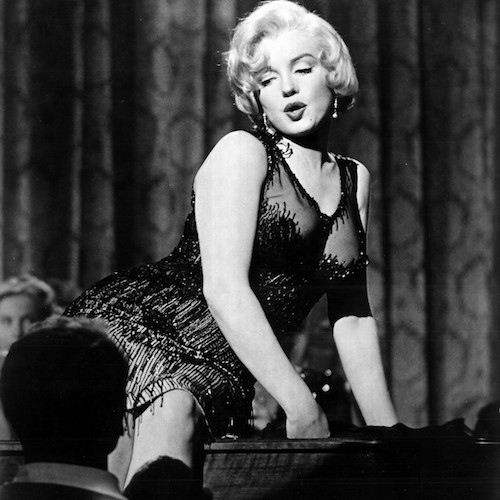 "Marilyn Monroe is one of the biggest and most endearing screen icons of our time," said Darren Julien, Founder & CEO of Julien’s Auctions. "We are so honored to be working with David Gainsborough-Roberts with his incredible collection of Marilyn Monroe artifacts. He has meticulously archived so many important aspects of Marilyn’s career and personal life."

Leading highlights will include the dress Monroe wore while she sang ‘I’m Through With Love’ in the classic comedy ‘Some Like it Hot’; a green satin one-piece outfit worn during the musical number ‘That Old Black Magic’ in ‘Bus Stop’; a white full-length satin gown worn by Marilyn in ‘The Prince and The Showgirl’; and costumes from films such as ‘Gentlemen Prefer Blondes’, ‘Let’s Make Love’ and ‘The Misfits’.

Further notable lots from the remarkable collection include Monroe’s Detroit Free Press “New Faces Award” from 1952, her black gloves from ‘The Seven Year Itch’ and a pair of rhinestone earrings worn in ‘How To Marry A Millionaire’.

"More than half a century after her death, the world remains fascinated by Marilyn Monroe’s beauty and talent," said Martin Nolan, Executive Director of Julien’s Auctions.

"The collection David has amassed over the years is beyond incredible. The amazing costumes, personal items, and archived materials will set a new standard for auctions of

Marilyn Monroe artifacts. Without a doubt, this auction is unprecedented in every way imaginable and Julien’s Auctions is proud to host it."

The collection will be exhibited in the U.K and Ireland before heading to the U.S aboard the Queen Mary 2, in time for the sale in Los Angeles sale on November 19.