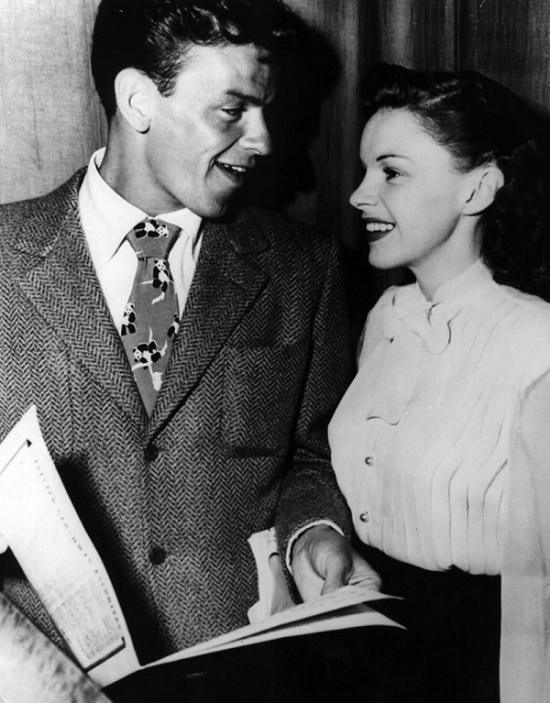 A revealing love letter written by Judy Garland to Frank Sinatra is heading for sale in an online auction of entertainment memorabilia.
The four page handwritten letter dates from 1949, and is expected to sell for more than $4,000.

Sinatra and Garland are well known to have had two romantic encounters during their lifelong friendship.

The first took place in 1949, as Garland was recovering from a nervous breakdown. Suffering from an addiction to pain medication, sleeping pills and alcohol, she had been admitted to hospital in Massachusetts after being fired from the film adaptation of Annie Get Your Gun.

Following her recovery, which sadly proved only temporary, she engaged in a romantic rendezvous with Sinatra in the Hamptons, whilst still married to director Vincente Minnelli.
The letter offered at RR Auction relates to that short (and well-reported) encounter in the Hamptons, and reads (in part):

"Darling, My sudden departure is a complete surprise to me. And I’m deeply dissapointed to have to miss our Monday & Tuesday date. However it’s imperative that I reach Boston by Sunday. I shall be at the Ritz-Carlton either under Mrs. Vicente Minnelli or in care of Carlton Alsop.

"You said today that you’d been neglegent. But darling—that’s so unimportant compared to the great amount of happiness you’ve given me. I shan’t forget the hours we’ve spent together—ever! I’ll let you know how everything goes on this trip. In the meantime—take good care of yourself—be happy and have lots of fun and laughs. And for God’s sake—keep those wheels in your lil ole head down to the minimum.

"Drop me a line if you can because it will cheer me up a great deal… Goodbye my darling—I hope we see each other soon. Please don’t forget about me. Think about me because I shall be thinking of you."

Six years later in 1955, their friendship briefly blossomed into romance once more, whilst she was separated from her third husband, tour manager and producer Sid Luft, whom she eventually divorced in 1965.

Garland finally succumbed to her lifelong addictions in 1969, when she died following an overdose of barbiturates.

The RR Auction Music and Entertainment Auction opens on November 10, and runs online until November 17.