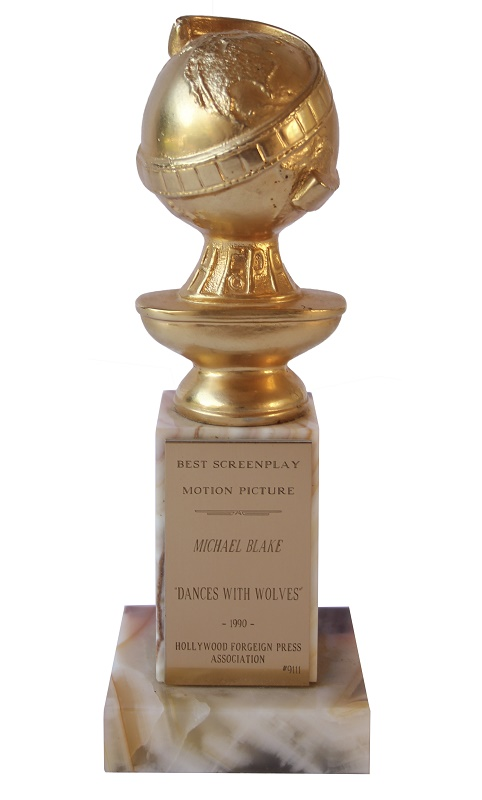 From Golden Globes to Nobel prizes, college basketball to orbiting the Earth – the latest auction at Nate D. Sanders features a series of remarkable awards, medals and championship rings all waiting to be won.
Headlining the sale is a Golden Globe award won by screenwriter and novelist Michael Blake for the film Dances with Wolves.

Blake originally wrote the epic Western as a spec screenplay in the mid-1980s, but failed to find a buyer after shopping it around Hollywood. He was advised by Kevin Costner to re-write it as a novel, to increase the chances of it being produced, and the paperback finally hit bookstores in 1988 – just in time for Costner to buy the movie rights himself.

Costner chose to make the film his directorial debut, along with producing it and playing the lead role of a Union Army officer who becomes part of a Sioux Indian tribe.

The film swept the boards at the 1990 Academy Awards and the Golden Globes, winning Best Picture, Best Director and Best Screenplay at both events. The Golden Globe award originally presented to Blake is now expected to sell for more than $8,000.

From the world of entertainment to the world of science, the sale also includes the 1982 Nobel Prize in Physics awarded to theoretical physicist Kenneth G. Wilson. Made of 18kt gold, and plated in 24kt gold, Wilson’s award comes with an estimate of $95,000+.

Wilson’s groundbreaking work allowed scientists to understand phase transitions – the exact point at which matter transitions to another state, such as when a solid become liquid – and also laid the groundwork for today’s quantum physicists.

Another out-of-this-world medal is a space-flown Robbins medal from the ill-fated Apollo 13 mission. Originally owned by NASA astronaut Jack Swigert, who made the dramatic announcement "Houston, we’ve had a problem here", the medal is valued at $3,750+.

And for sports fans, there’s a NCAA Basketball Championship 10kt Ring from "the best college basketball championship game ever played" – the 1983 final, in which the original ‘Cinderella’ team North Carolina State beat the University of Houston at the buzzer.

Originally presented to Harold Thompson, forward and defensive stopper of the NC State Wolfpack, the ring is estimated at $8,000.

The online auction ends on November 17. 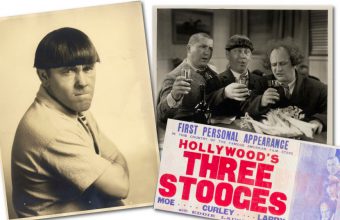