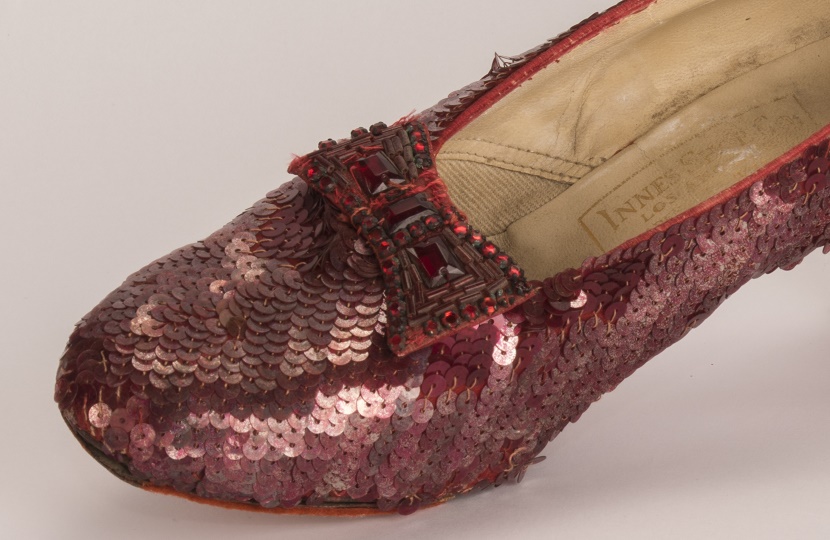 The shoes were recovered by the FBI during a sting operation, 13 years after they were stolen from a museum (Image: FBI)

Thirteen years after they were mysteriously stolen, the FBI has finally recovered a pair of ruby slippers worn by Judy Garland in The Wizard of Oz.

The iconic shoes were stolen from the Judy Garland Museum in Grand Rapids, Minnesota in 2005, and had remained missing until earlier this year, when they were tracked down during a dramatic sting operation.

“Recovering a cultural item of this importance is significant,” announced Special Agent Christopher Dudley, who led the investigation from the FBI’s Minneapolis Division, during a press conference on September 4.

“So many people of all ages around the world have seen The Wizard of Oz and in that way have some connection to the slippers. That’s one of the things that makes this case resonate with so many.”

It’s believed that four pairs of the sequinned slippers worn on-screen by Judy Garland in the classic 1939 film have survived to this day.

One pair is part of the permanent collection at the Smithsonian National Museum of American History; another was sold for $510,000 from the collection of actress Debbie Reynolds in 2010; and the third pair was acquired by the Academy of Motion Picture Arts and Sciences in 2012, using donations from the likes of Steven Spielberg and Leonardo DiCaprio.

The stolen pair of sequinned slippers had originally been loaned to the museum by collector Michael Shaw, who had acquired them back in 1970 when MGM Studios decided to clear out their archive of movie props and costumes.

Although Shaw had insured them for $1 million, he declined the museum’s offer to keep them overnight in a safe, stating he didn’t want any unnecessary handling of the shoes and felt the museum security would be sufficient.

However, on August 27, 2005 thieves broke into the museum and took the shoes, causing heartbreak for the small museum in Judy Garland’s home town.

Although the glass security case had been smashed, the alarm hadn’t triggered properly and had failed to alert the police to the crime in progress, sparking talk of a possible inside job.

Shaw’s insurance company then sued him and the museum, suspecting the robbery had been staged to make a fraudulent insurance claim – but they settled the suit and the claim in 2007, and Shaw received a payout of $800,000.

Over the next decade rumours continued to swirl around the unsolved case. An anonymous donor offered a $1 million reward for information about the case, the museum hired their own private detective, and the nearby Tioga Mine Pit lake was searched.

The breakthrough finally came in the summer of 2017, when an individual approached the insurance company with information about how the slippers could be recovered.

“It became apparent that those involved were in reality attempting to extort the owners of the slippers,” said Dudley.

The company contacted the Minneapolis Division of the FBI, and a delicate 12-month sting operation was set in motion. Then, earlier this year, the trap was sprung, with assistance from the FBI’s Art Crime Team, the FBI Laboratory, and field offices in Chicago, Atlanta, and Miami.

“From the outset, our top priority was the safe recovery of the slippers,” said Dudley. “We are still working to ensure that we have identified all parties involved in both the initial theft and the more recent extortion attempt for their return.”

Having been safely recovered, the ruby slippers were then sent to conservation experts at the Smithsonian, to help authenticate them against the pair in the museum’s own collection.

In a fascinating turn of events, Smithsonian conservator Dawn Wallace discovered that one of the recovered shoes was in fact the perfect match for its opposite number at the museum, and vice versa.

The two pairs had been mixed up with each other in the MGM archive, and the matching slippers have now been finally reunited after almost 80 years.

However, for the FBI the case remains open as they seek the original thieves and their accomplices.

“This is very much an active investigation,” said Dudley. “There are certainly people out there who have additional knowledge regarding both the theft and the individuals responsible for concealing the slippers all these years. We are asking that you come forward.”

Anyone with information on the theft can contact the FBI at 1-800-CALL-FBI (225-5324) or submit information online at tips.fbi.gov. 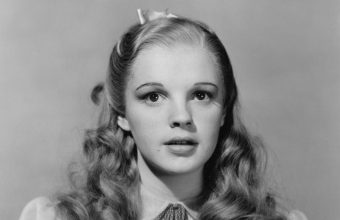 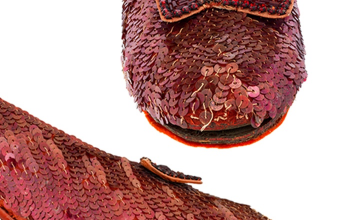