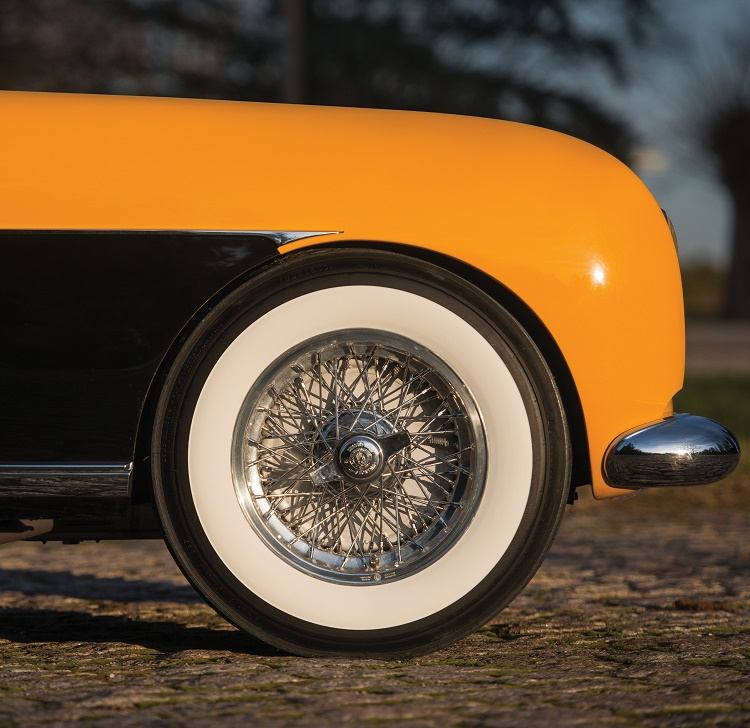 A Ferrari once owned by Argentinean President Juan Perón could fetch up to $2 million when it hits the block this month.
RM Sotheby’s will offer the historic car as part of its annual Arizona sale, which takes place at the Arizona Biltmore Resort and Spa in Phoenix on January 18-19.

It features unique coachwork by Ghia of Turin, and made its public debut in October 1952 on the Ferrari stand at the Paris Motor Show.

It was during the show that it was spotted by Juan Perón, President of Argentina and one of the most significant world leaders of the 20th century.

Perón was a noted motorsport fanatic, and his passion led him to build a Formula 1 track in Buenos Aires and help finance the racing career of Juan Manual Fangio.

He also owned an extensive collection of fast, expensive cars, and he quickly arranged to purchase the Ferrai through an intermediary in Rome.

However, Perón then faced a couple of problems.

Argentinia’s laws regarding new luxury cars meant that if he shipped the Ferrari back home, he would be hit with a huge import tax bill.

He would also open himself up to criticism of his lavish lifestyle, as Argentina’s spiralling trade deficit had led to severe austerity measures across the country.

To solve both issues, he arranged a surreptitious deal with Ferrari in which the manufacturer agreed to switch the car’s identity with that of an older model.

The car was returned to the factory in Maranello where it was given a previously existing Milan registration, ‘MI 197153’, and its chassis was quietly renumbered to match.

Perón was now free to import his new ‘used’ Ferrai back home without a hitch – but in the end, he only had three years left to enjoy it.

In 1955 he was dramatically removed from power during a military coup, and the new regime publically exhibited Perón’s antiques, jewelry and automobiles as examples of his opulence and corruption.

The Ferrari 212 Inter remained in Argentina until 1987, when it was purchased by a European collector who restored the car back to its original Paris Motor Show exterior.

The current owner acquired the Ferrari in 1999, and since then it had undergone further sympathetic restoration, winning it a Platinum Award and the Excellence Cup at the 2003 Pebble Beach Concours d’Elegance.

Now back on the market for the first time in two decades, the unique and historic Ferrari comes with an estimate of $1.6 – $2 million.

As RM Sotheby’s states, "Few early Ferrari road cars offer such extraordinary cachet, and the Ghia coupe’s current availability should merit the attention of the world’s most serious collectors and Maranello connoisseurs."