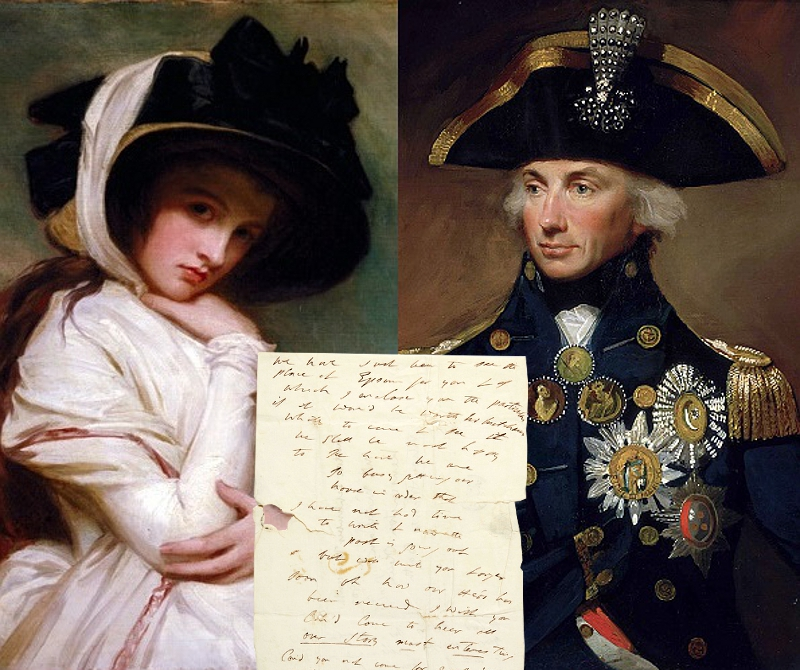 A collection of love letters from Admiral Horatio Nelson to his mistress Emma Hamilton are heading for sale at Sotheby’s this month.
The letters were written between October 1801 and May 1803, and offer a vivid insight into Nelson’s life during a turbulent period on European history.

Together, the letters are expected to fetch more than $50,000.

Horatio Nelson began an affair with Hamilton, wife of Sir William Hamilton, the British Envoy to Naples, during a visit to their home in 1798.

By that time Nelson was a national hero, having defeated the French at the Battle of the Nile, and the relationship caused a scandal throughout English society.

When Nelson’s wife Fanny confronted him about the very public affair, he famously replied:

"I love you sincerely but I cannot forget my obligations to Lady Hamilton or speak of her otherwise than with affection and admiration".

One letter, dated October 10, 1801, was written during the Amiens peace negotiations with the French.

With his ship anchored in the Thames Nelson longed for shore leave, and believed the government was preventing him from returning to Hamilton as they disapproved of their relationship.

He was also insanely jealous of the Prince of Wales, and suspected him of trying to woo Hamilton behind his back.

"…I…am sorry that you cannot go to a Public place without being tormented by that fellow who has not the smallest regard for sir William, I hate and detest all the Great and I would not associate with such Company for the World…"

Perhaps the most poignant letter is dated May 19, 1803, the day Nelson first raised his flag on the HMS Victory.

He describes the scenes as he arrived onboard ("…the Victory is in a pretty state of confusion…") and worries that his effects have vanished along the way ("…my sopha & theLarge chair are not in any of the list therefore I fear for them…").

His letter also illustrates his conflicting emotions about heading off to fight the French once more.

Nelson was clearly eager to return to the sea ("…the Wind is fair and I am mad at being detained…"), but was also clearly saddened at being separated from Hamilton:

Even as he prepared for battle, Nelson was clearly worried that Hamilton may find another suitor while he was away at sea, and his suspicions about the Prince’s intentions remained:

Two days after writing the letter Nelson set off to sea, and would return to Britain just once more in September 1803 to set his affairs in order and say his goodbyes to Hamilton.

A few days later he led the English fleet to victory at the Battle of Trafalgar, but paid with his life.

More than 200 years later Horatio Nelson remains one of the greatest heroes in British history, and his romance with Emma Hamilton remains a love affair for the ages.

The intimate and revealing letters look set to attract international attention when they cross the block in London on January 17.