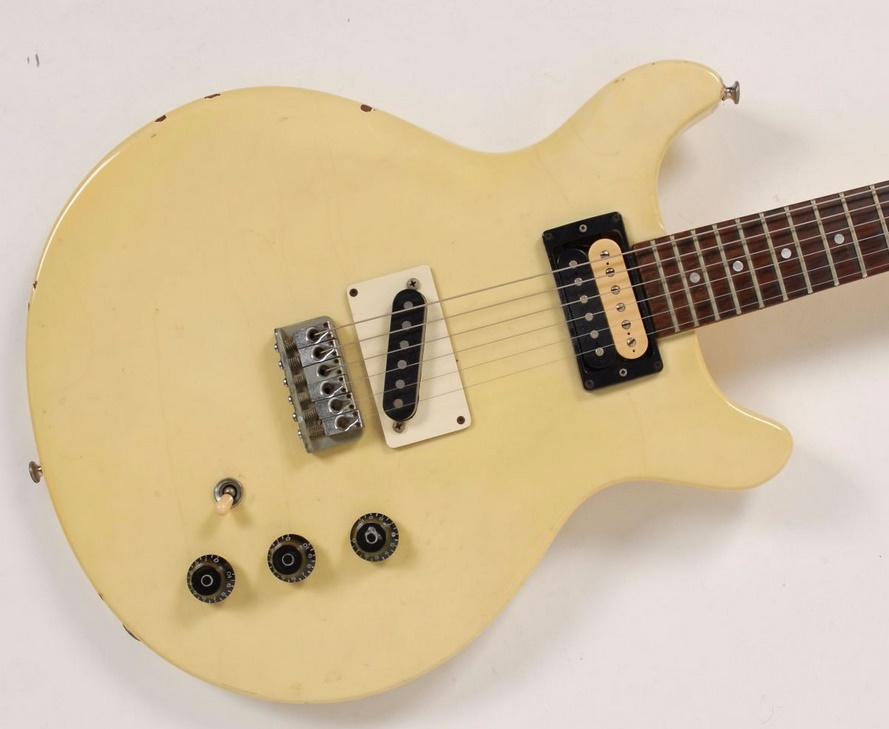 A custom guitar owned by the late punk legend Johnny Ramone has sold for more than $50,000 in an online auction.
The white Hamer right-handed electric guitar was made for Ramone in 1980 by Hamer founder Jol Dantzig, who customized it to his personal specifications.

It was Ramone’s first-ever custom guitar, and he was so happy with the instrument that he allowed Hamer to use his endorsement, the first time any member of the band had personally promoted equipment.

Johnny played the guitar extensively on stage and during live TV appearances until May 1982, when he traded it with Adam Greiss, a long-time friend of the band, for a sunburst Ventures II Mosrite guitar.

The guitar remained in Greiss’ collection for more than three decades, and sold for the first time in history as part of RR Auction’s Marvels of Modern Music sale on May 19 for $55,247.

The winning bidder was Linda Ramone, Johnny’s widow, who announced the guitar will be displayed as part of the Ramones exhibit at the Grammy Museum on Los Angeles.

"We are the thrilled to help get this guitar in the hands of Linda Ramone. It will now be able to be seen by countless fans of the band, along with other pieces of Rock-n-Roll history at the various Ramones exhibits.