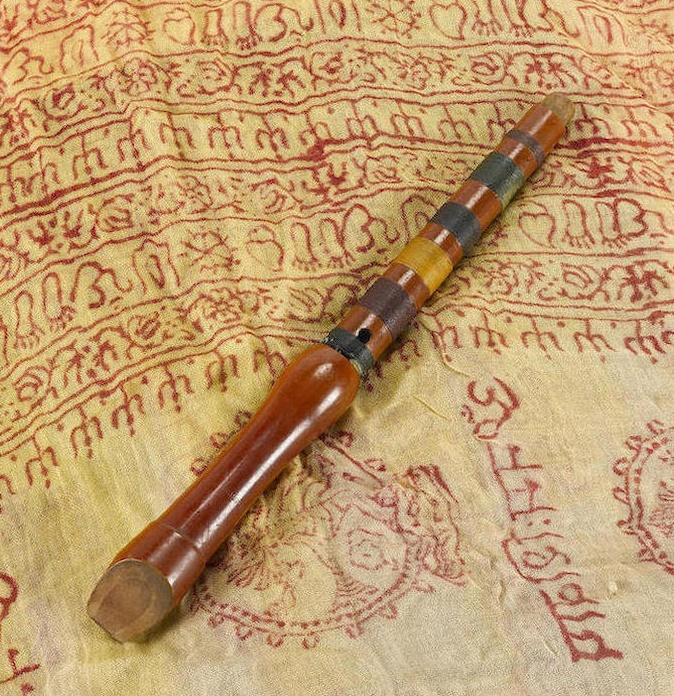 Rare memorabilia from the world of rock and roll will cross the auction block at Bonhams in New York later this month, as part of a sale held in conjunction with Turner Classic Movies.
One of the sale’s leading lots is a recorder played by Jimi Hendrix on his song ‘If 6 Was 9’, which featured on his 1967 album ‘Axis: Bold as Love’ and which was used in the cult 1969 movie Easy Rider.

Although primarily known for his legendary abilities with a guitar, any instrument played by Hendrix is sought-after by collectors – and this humble wooden recorder comes with an estimate of $150,000 – $200,000.

Further notable highlights will include a Gretsch ‘Irish Falcon’ electric guitar from Bono’s personal collection, one of only ten examples produced for U2’s 2001 Elevation Tour, estimated at $180,000 – $220,000; and a Bruce Springsteen tour jacket circa 1984, originally gifted by Springsteen to actor Al Pacino, valued at $15,000 – $20,000.

The sale’s most impressive item is the original Abbey Road recording console used by Pink Floyd to record their landmark album The Dark Side of the Moon.

Created in 1971 collaboration between Abbey Road and EMI engineers, the 16-track, 40-channel mixing desk has been described as "the greatest console ever constructed".

The Dark Side of the Moon was voted by Rolling Stone as the greatest rock album of all time, has sold more than 45 million copies worldwide, and was acclaimed upon its release in 1973 for its innovative recording techniques and quality.

Also used by artists such as Paul McCartney and Wings, George Harrison, Ringo Starr, Kate Bush and The Cure, the console was retired in 1983 and is now expected to achieve a six-figure sum.

Elsewhere the sale includes a collection of synthesizers, stage-worn outfits and awards owned by Bernie Worrell, founding member of Parliament-Funkadelic and a de-facto member of Talking Heads; a large collection of Cher’s screen and stage-worn outfits; photographs by the renowned music photographer Mick Rock; and a number of handwritten letters by late rapper Tupac Shakur.

‘TCM Presents… Rock and Roll Through the Lens’ takes place at Bonhams in New York on March 27.