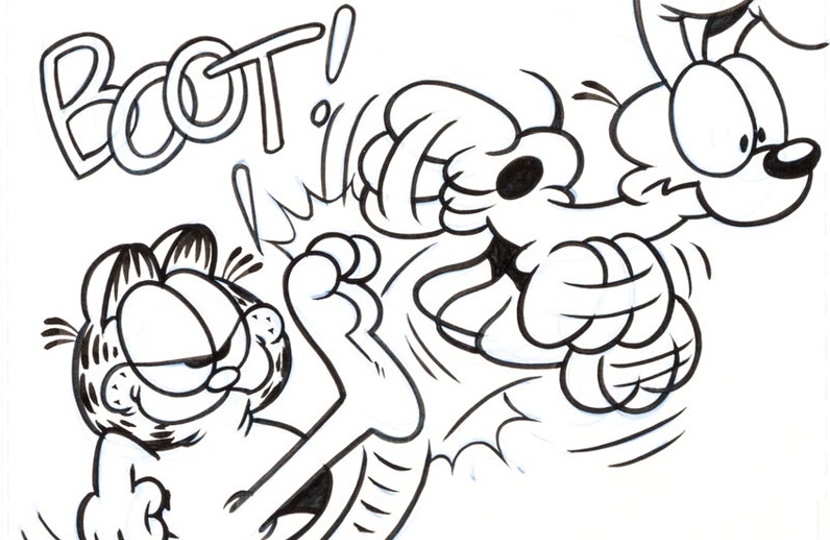 The personal archive of cartoonist Jim Davis, the creator of Garfield, will be offered across a series of sales at Heritage Auctions.

The strips will be sold over the next few years through Heritage’s Signature, monthly and weekly Comics Art Auctions, with the entire collection valued at upwards of $5 million.

Davis’ original three-panel strip are each expected to sell for $500+, with the longer Sunday strips valued considerably higher.

Davis no longer hand-draws the Garfield strip, having switched to digital production back in 2011, so his archive represents practically every remaining cartoon in existence.

“I’m very excited about my exclusive relationship with Heritage Auctions,” said Davis. “I’ve always taken my responsibility to the strip seriously (go figure), so it’s gratifying to know that I’m reaching the ‘serious’ comic collectors with the help of the fine folks at Heritage.”

Davies created Garfield in 1976, and he originally appeared in the Pendleton Times-Post as a character in the comic strip ‘Jon’.

By 1978 the strip had been renamed Garfield, and made its national debut in 41 newspapers after being snapped up by the United Feature Syndicate.

The strip was an instant hit, and by 1981 it was appearing in over 1,000 newspapers, along with racking up merchandise sale of $15 million.

Today Davis’ strip appears in more than 2,400 papers, generates close to $1 billion in merchandising each year, and has spawned dozens of books, video games, TV specials and live action films.

“Garfield is one of the most popular comic strips of all time, and has been for decades,” said Jim Halperin, Co-Chairman of Heritage Auctions. “It has matured into a wildly successful franchise, evolving from the strip that has appeared in newspapers around the world to a television show, multiple movies and an empire of licensed products.

“Collectors who pursue these strips by Jim Davis see the opportunity to acquire an important part of comic art history.” 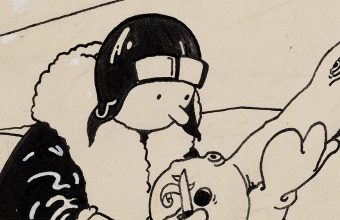