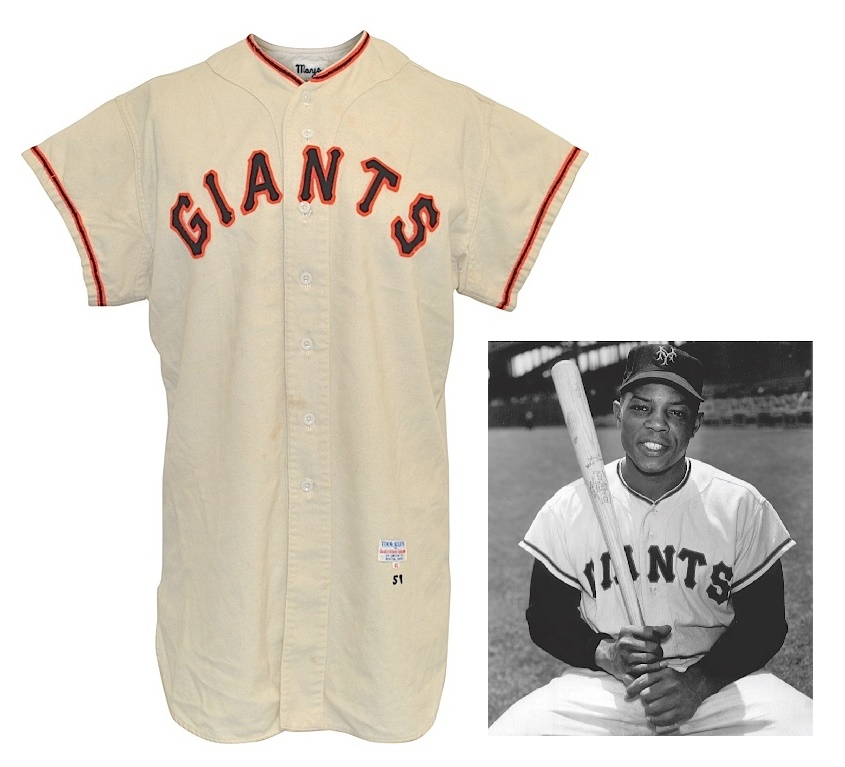 A rare Willie Mays game-worn New York Giants jersey is amongst the star lots in the current Grey Flannel Auctions Summer Games sale.
Mays wore the home flannel jersey during the 1957 season, as the Giants said farewell to New York before moving to San Francisco in 1958.

Described as "arguably the best outfielder to ever play Major League Baseball", Mays spent the majority of his 22-season career with the Giants, first in New York and then in San Francisco.

The jersey dates back to the 1957 season, before the team left the historic Polo Grounds and headed West to California. During this last season in the Big Apple, Mays was named an All-Star, won a Gold Glove Award and led the National League in triples, stolen bases and slugging percentage.

It comes to the market after more than six decades of single ownership, from a consignor who received it directly from the Giants themselves. In the late 1950s, the team sent a box of old uniforms down to a department store in Tacoma, Washington, to help publicize the opening of Cheney Stadium, the new home of their farm team the Tacoma Giants.

"They sent us a box of old uniforms, which were handed down from the pro level club from a few years prior," states the consignor. "I was lucky enough to grab Mays’ jersey and Margoneri matching pants. When we were told that we could keep the uniforms, I immediately knew I had something special and put it away in a drawer for 60+ years."

Offered in completely original condition, the jersey is one of the finest Mays jerseys to surface in the hobby, and bidding is expected to easily reach six figures.

Bidding in the Grey Flannel Auctions Summer Games sale closes on May 25.