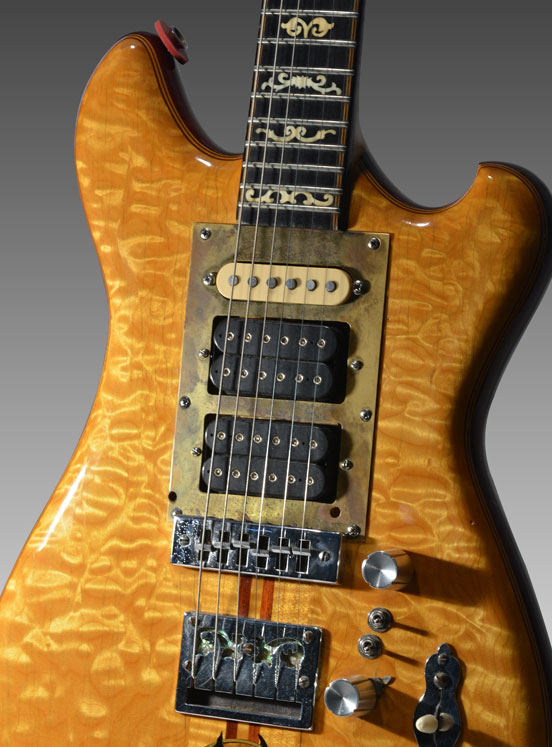 A guitar owned by Grateful Dead frontman Jerry Garcia has sold for $1.9 million at auction in New York.
The electric guitar, known as ‘Wolf’, had been custom-made for Garcia back in 1973 by the luthier Doug Irwin.

Garcia had played the guitar extensively in the studio and on stage around the world for 20 years, before passing away in 1995.

“The iconic appearance of this unique instrument and its role, not only in the rich early stages of Jerry Garcia’s career, but also in the history of modern guitar craftsmanship, have made Wolf one of the most treasured guitars in the music world,” said Guernsey’s, the auction house responsible for the sale.

The guitar was sold during a special event at the Brooklyn Bowl, with all proceeds set to benefit the Southern Poverty Law Center, and its continuing fight against racism and hate groups.

“I’ve been a fan of The Dead since I was a kid, and playing this iconic guitar over the past 15 years has been a privilege,” said consigner Daniel Pritzker, a philanthropist, musician and film director.

“But the time is right for Wolf to do some good. My wife and I have long supported the efforts of the Southern Poverty Law Center, and if ever we needed the SPLC, we sure do need them now.”

Pritzker had originally bought the guitar at auction in 2002 for $790,000, which at the time made it the most valuable guitar ever sold.

Even though the instrument has more than doubled in value over the past 15 years, it didn’t manage to surpass the current record price for a guitar.

That was set in 2015, when John Lennon’s acoustic guitar on which he wrote The Beatles’ earliest hits sold for $2.4 million.