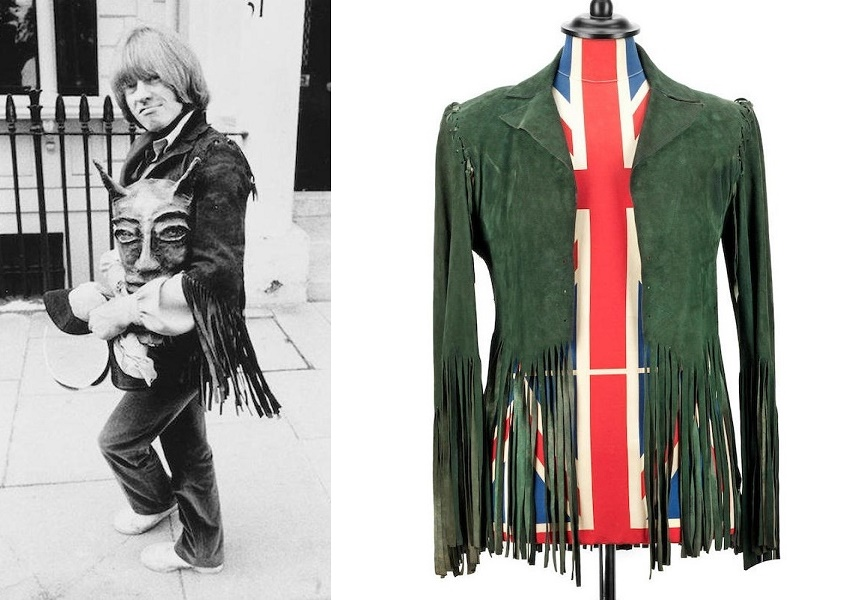 Clothes once owned by the late Rolling Stones founder Brian Jones are head for auction at Bonhams on June 28.
The collection of Jones’ personal clothing has been consigned by Anna Wohlin, his Swedish girlfriend at the time of his death in July 1969.

Having met at The Marquee Club in London, the couple spent several months living together at Cotchford Farm in Sussex, the house Jones purchased during his final months with the Stones.

The house had formerly been owned by author A.A Milne, whose Winnie the Pooh stories were written in the property and were inspired by the local landscape.

Amongst the highlights from the collection is a custom-made green suede fringed jacket by British designer Ossie Clark, whic is expected to sell for £15,000 – £20,000.

According to Wohlin, "Brian was really proud of the fact Ossie usually made clothes for women but had been thrilled to make something for Brian… it was definitely one of his favorite items of clothing".

The sale also features Jones’ hand-made Moroccan shirts, signifying his interest in Middle Eastern style and culture, and a pair of cravats, suitable for one of Swinging London’s most infamous dandies.

Jones was renowned for his dress sense, and according to his Geoffrey Giuliano: "[he] would parade the streets of London wearing a Victorian lace shirt, floppy turn-of-the-century hat, Edwardian velvet frock coat, multi-coloured suede boots, accessorised scarves hanging from his neck, waist and legs along with lots of antique Berber jewellery."

Items from Jones’ wardrobe have previously sold well at auction. A simple charcoal tailored jacket worn by Jones during The Rolling Stones early days, before they found a record deal, sold at Bonhams in 2010 for £12,000.

And at the opposite end of the style spectrum, Jones’ extravagant silver lame nehru-style shirt from the late 1960s, when he lived life to rock star excess, sold at Christie’s in 2012 for £25,000.