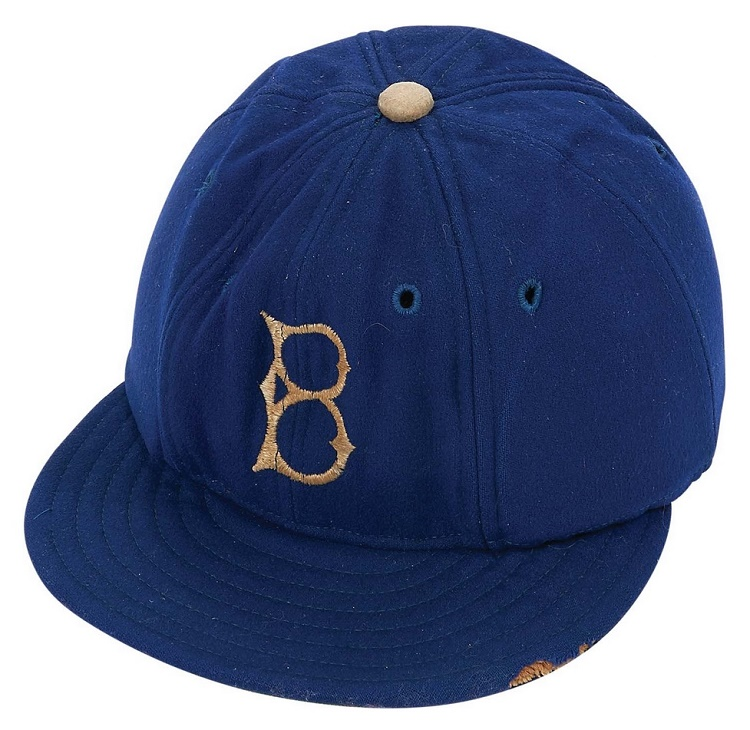 A baseball cap worn by Jackie Robinson during his rookie season in the MLB has sold for a world-record $590,000 at Leland’s Auctions.
Robinson wore the cap in 1947, as he became the first black player to break the color barrier in American professional sport.

Having already become a star in the Negro Leagues with the Kansas City Monarchs, Robinson was signed by the Brooklyn Dodgers in what many termed ‘The Noble Experiment’.

Dodgers manager Branch Rickey saw a legend in the making, but he also knew the problems that lay ahead for a black player, and famous told Robinson "I’m looking for a ballplayer with guts enough not to fight back."

During his first season, Robinson showed incredible restraint as he was forced to withstand a barrage of racist abuse from opposing fans, players and even some opposition coaches.

Not only was he the target for items thrown from the stands, but many pitchers singled him out with ‘bean balls’ – pitches thrown deliberately at a batter’s head.

Robinson spent the year being pelted with bean balls, and as batting helmets were still not standard issue, he was forced to make some modifications to his cap.

Inside the lining of the cap were sewn three toughened plates, which at least offered a modicum of protection against head-height fastballs.

By the end of the season Robinson may have been a little battered and bruised, but he had taken everything racist opponents could literally throw at him.

Not only that, but he had helped the Dodgers win the pennant and earned himself the inaugural Rookie of the Year award, batting .297 with 12 home runs and 29 stolen bases.

It was the start of one of Major League Baseball’s most remarkable careers, and marked an important step in the U.S Civil Rights movement.

"This cap is representative of both baseball and the race issue, highlighting the tensions of the period," said the auction house, "[and] rates as one of the most profound pieces of sports history that has ever been offered for public sale."