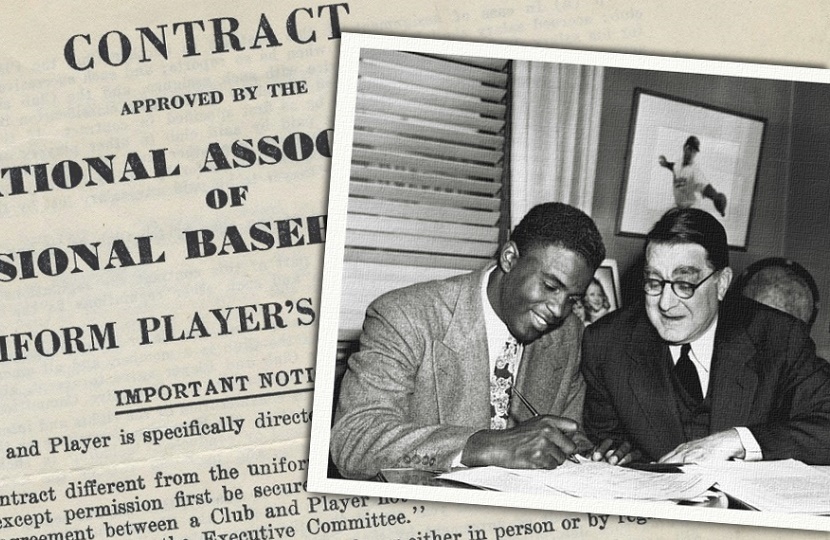 The original contracts Jackie Robinson signed to make him the first black player in Major League Baseball are up for sale at Goldin Auctions.

When Robinson signed in October 1945, he became the first African American player to break the colour line in professional baseball since the 1880s.

The deal is regarded as a landmark moment in the history of both sports and the U.S Civil Rights movement.

The historic documents, which belonged to Robinson himself, will be offered at Goldin Auctions on January 31.

The contracts were previously offered by the same auction house back in 2017, although they failed to meet their reserve price.

This time round bidding will start at $5 million – a price which would set a new world record for any sports document sold at auction.

The current record stands at $4.3 million, set back in 2016 by James Naismith’s 1891 handwritten ‘Rules of Basketball’.

Ten percent of the proceeds from the sale will benefit the Jackie Robinson Foundation, a non-profit organization that provides education and leadership development programs for minority college students.

The contracts between Robinson and the Brooklyn Dodgers, along with their minor league team the Montreal Royals, have been described as “the sports equivalent of the Emancipation Proclamation”.

According to the auction house, “the 1947 contract represents not only the very beginning of baseball’s transformation, but the starting point of America’s transformation into a more inclusive and just society as well.”

Jackie Robinson was born in Cairo, Georgia in 1919, and was one of the first black athletes to attend UCLA on a full athletic scholarship.

Following his honorary discharge from the U.S Army in 1945, Robinson then rose to fame as a star of the Negro League with the Kansas City Monarchs.

And when Brooklyn Dodgers President Branch Rickey decided to find a player who could help him shatter the color barrier, his scouts identified Robinson as the man to do it.

Knowing the hostility and racism that Robinson would likely face, Rickey invited him to a meeting in which he hurled racial slurs and scenarios at him to test his reaction.

Having proven his temperament, Robinson signed the first contract in 1945 with the Dodger’s top farm team The Montreal Royals, and led them to the 1946 Little World Series Championship.

A year later he signed a full contract with the Brooklyn Dodgers, and changed the course of history.

It was the start of a Major League career that saw Robinson claim honours including the MLB Rookie of the Year in 1947; National League MVP and Batting Champion titles in 1949; and a World Series winner’s medal in 1955.

But in a far wider sense it was the first step on the road towards social integration in America, and a landmark moment for the Civil Rights Movement.

For 50 years the two contracts sat undisturbed in the safety deposit box of a Brooklyn historian, who is thought to have acquired them directly from Robinson.

With the Dodgers stating that they no longer have their copies of the contracts, the documents heading for auction are both culturally significant and completely unique.

“There are many documents on display in museums that represent seminal moments in history which forever changed America such as The Declaration of Independence, The Gettysburg Address and the Emancipation Proclamation,” said auction house owner Ken Goldin.

“But most historians believe that the integration of baseball with the signing of Jackie Robinson had as great an impact on America as any other moment in history. In fact, Martin Luther King called Robinson the founder of the Civil rights movement.” 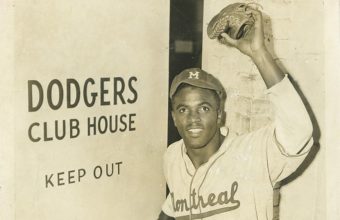 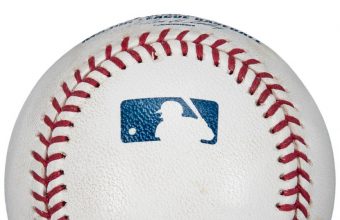