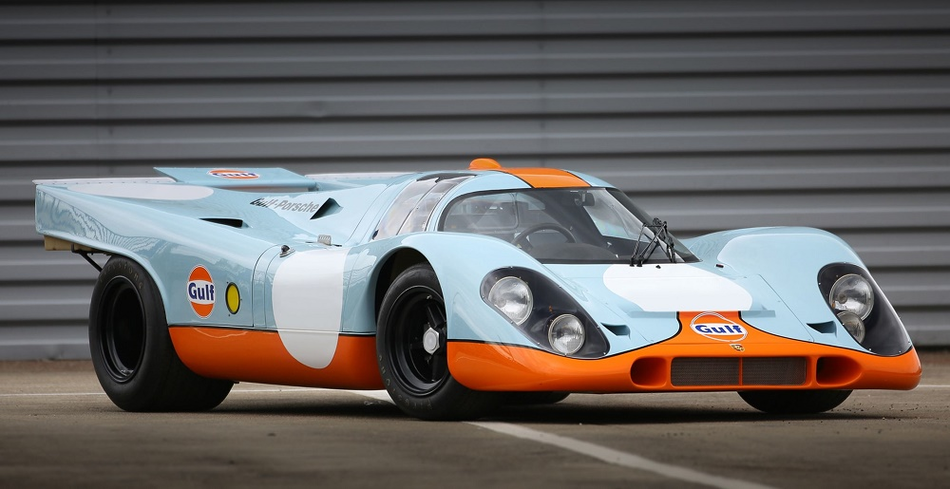 A vintage Porsche which starred in the classic Steve McQueen race movie Le Mans could fetch millions when it crosses the block at auction this summer.
The car will be amongst the star lots of Gooding & Company’s Pebble Beach sale in California on August 18 – 19.

The 1970 Porsche 917K has been described as "one of the most important and desirable competition cars of all time", and comes with an estimated value of $13 – $16 million.

Chassis 917-024 was first used by Porsche in 1970 during the Le Mans Tests, driven by Brian Redman and Mike Hailwood.

Having set the fastest times of the event, the car was also used in tests at Nürburgring and Ehra Lessien, before being sold to the Porsche factory driver Jo Siffert.

Siffert then leased the car to Steve McQueen’s Solar Productions, for use during filming of the landmark racing film Le Mans, where it served as a camera car and appeared extensively on-screen.

The car then remained in Siffert’s private collection until in 1971, when he was tragically killed in an accident during the World Championship Victory Race at Brands Hatch.

His funeral in Switzerland was attended by 50,000 people, and the procession was led by his Porsche 917K.

In the mid-1970s the car was then sold to a private collector in Paris, and promptly disappeared.

It remained hidden from public view for 25 years, before being rediscovered in 2001, tucked away in a warehouse beneath two decades’ worth dust, in one of the greatest ‘barn finds’ in history.

The car was completely untouched, and still retained the original iconic blue Gulf JWA livery – just as it does today.

Having been expertly restored by specialist Graber Sportgarage in Switzerland, the car now comes to the open market with the potential to become the most valuable Porsche ever sold.

"The Porsche 917 is among the most significant competition cars ever created and they remain highly coveted by knowledgeable enthusiasts worldwide," said David Gooding, President and Founder of Gooding & Company.

"This example, with its fascinating history, iconic livery and exacting restoration, is among the most exciting racing cars that has ever come to public auction."