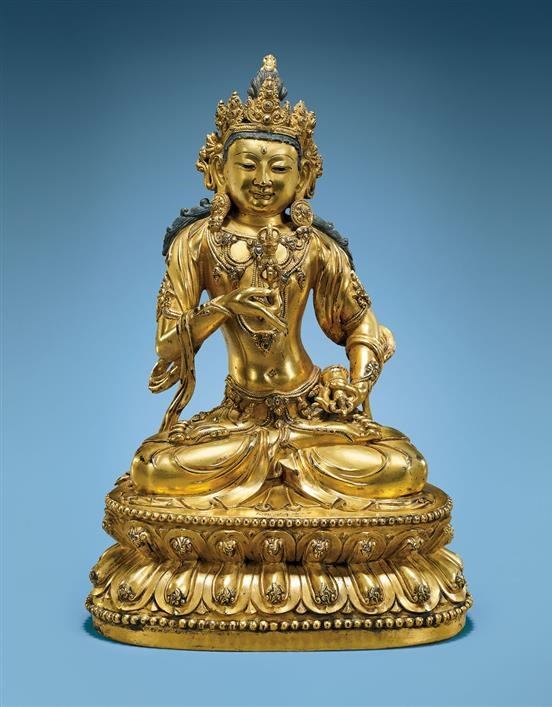 I.M. Chait has revealed details of its post-Asia Week auction, set to take place in Beverly Hills on Sunday March 22.
The sale will offer collectors heading home following Asia Week New York the perfect excuse to extend their stay and stop off on the West Coast.

The 488-lot auction will include an impressive array of Asian art, jade, ceramics and bronzes from a number of important private collections.

Leading the sale will be a highly important early Chinese Ming Dynasty gilt-bronze figure of a seated Bodhisattva. Dated circa 1426-1435, and bearing a six-character Xuande mark of the period, the figure is described as "a supremely beautiful work of art" and is conservatively estimated to sell for $500,000-$600,000.

"It’s just that special," says Director of Operations Josh Chait. "It’s one of the finest pieces we’ve ever had the privilege of handling."

The porcelain section of the sale is led by an exceptional Ming Dynasty Wanli blue and white circular box, decorated with dragons, qilin and other fantastical animals, estimated at $50,000-$60,000.

Amongst the most notable pieces of furniture is a stately nine-post Chinese huanghuali canopy bed with geometrical railings and storage space below, standing approximately 8ft high. Described as a "masterpiece of perfectly balanced design and understated sophistication", the bed comes with an estimate of $60,000-$80,000.

Additionally, the auction will also feature a selection of Western estate jewelry, led by a magnificent Harry Winston diamond and platinum combination necklace/bracelet estimated at $180,000-$200,000.