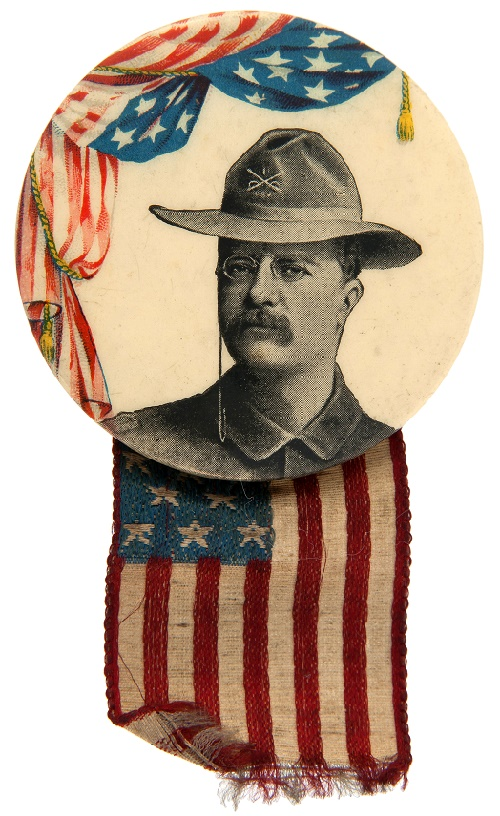 As the race for the White House heats up across the U.S, Hake’s Americana is getting into the election spirit with a strong selection of political memorabilia at its latest auction.
The online sale, which closes for bidding on March 15-17, will include pieces spanning two centuries of political campaigning, in a category Hake’s first pioneered back in 1967.

“Our goal is to make every Hake’s auction more exciting and entertaining than the last, and the way we do that is by continuing to raise the bar as we seek out superior collections with revered provenance,” said company President Alex Winter.

The standout lot from the sale’s political section is a spectacular 1864 parade flag, celebrating the re-election campaign of Abraham Lincoln and his running mate Andrew Johnson. Previously unknown to most experts, the flag is expected to sell for $10,000-$20,000.

"Examples of 1864 Lincoln campaign items are much scarcer than their 1860 counterparts, and the same holds true for flags," said Winter. "The parade flag in our sale is a rare survivor and a truly important artefact of American campaign history."

Another highlight, even scarcer and older, is a 1948 campaign ribbon featuring the Democratic candidates Lewis Cass and William Butler. According to experts, four different variations of the ribbon were produced for the campaign, with just ten examples of any type in existence today.

This newly-discovered ribbon, bearing the Coat of Arms of Pennsylvania and a misspelling in the text that reads “Our Country Right Or Worng", comes with a valuation of $5,000-$10,000.

In total, the sale will offer more than 600 fascinating pieces of political history.