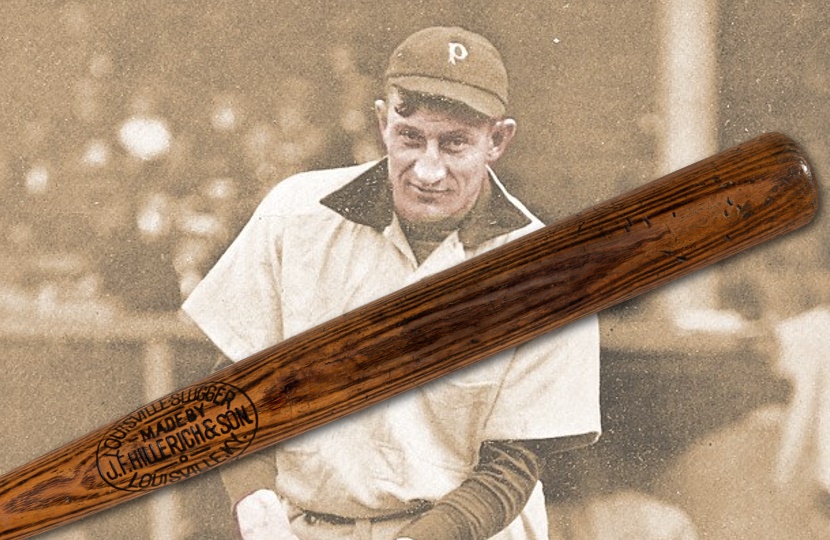 A bat used by the Pre-War baseball legend Honus Wagner could sell for more than $1 million when it goes up for sale at Heritage Auctions next month.

The historic gamer will hit the auction block in Dallas on August 17 – 18, and has been described as “an absolute telephone pole of heavy, thick-handled, battle-scarred beauty.”

Honus Wagner (1874 – 1955) is widely regarded as the greatest shortstop in history, and one of the finest players of baseball’s ‘Dead Ball’ era.

He spent the vast majority of his playing and coaching career with the Pittsburgh Pirates, where he was known as ‘The Flying Dutchman’.

During this period he was crowned National League batting champion nine times, and led the Pirates to victory in the World Series in 1909.

Fellow pre-war legend Ty Cobb described Wagner as “maybe the greatest star ever to take the diamond”, and in 1936 he was one of the first five players inaugurated into the Baseball Hall of Fame, receiving the same amount of votes as Babe Ruth.

Today Wagner is best-known to collectors as the subject of the world’s most valuable baseball card, the T206 Honus Wagner card, which appeared in packets of cigarettes and tobacco from 1909 – 1911.

Wagner objected to the use of his image on the card, and it’s believed that less than 200 cards were printed. Today fewer than 60 are known to have survived, and in 2016 the highest-graded copy sold for a world-record $3.12 million.

The market for his game-used memorabilia may not have hit those record-breaking heights, but the forthcoming Heritage sale could mark a major turning point.

The bat’s potential seven-figure price tag is due to its early date and its superb provenance, with a direct link to Wagner himself.

There are believed to be less than 10 professionally graded Honus Wagner bats in existence, and the example at Heritage is one of the earliest known, with a grade of PSA/DNA GU 10.

The bat originates from the collection of Joel Platt, one of the world’s most renowned collectors of historic sporting memorabilia.

Platt has spent seven decades and travelled over 1 million miles in his quest to assemble the collection, meeting with the families of sporting legends and tracking down iconic items for his museum.

Back in July 1958 Platt was sent the bat by Al Riddle, Honus Wagner’s former insurance agent, along with a letter which read (in part):

“One day while visiting the Wagner residence in Carnegie, Pa the subject came up about comparing the old time bats with the present day models. Honus went to his storage area and brought out an old model he thought he used sometime between 1904 and 1912, possibly in the 1909 World Series.

“I told Honus I couldn’t believe he really could hit with such a heavy bat. Two weeks later I received a package from Honus with the bat enclosed and a little note that said, ‘Hope you enjoy the bat.'”

The bat was one of two Wagner gifted to Riddle during their friendship, and in 2003 Riddle donated the other to the Cooperstown Baseball Hall of Fame.

Having subsequently spent years as part of Joel Platt’s impeccable ‘Sports Immortals’ collection, the bat is now heading to auction with his heavyweight seal of approval. 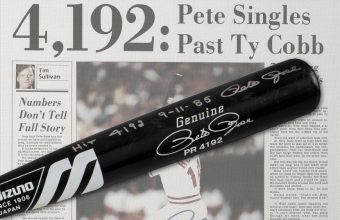