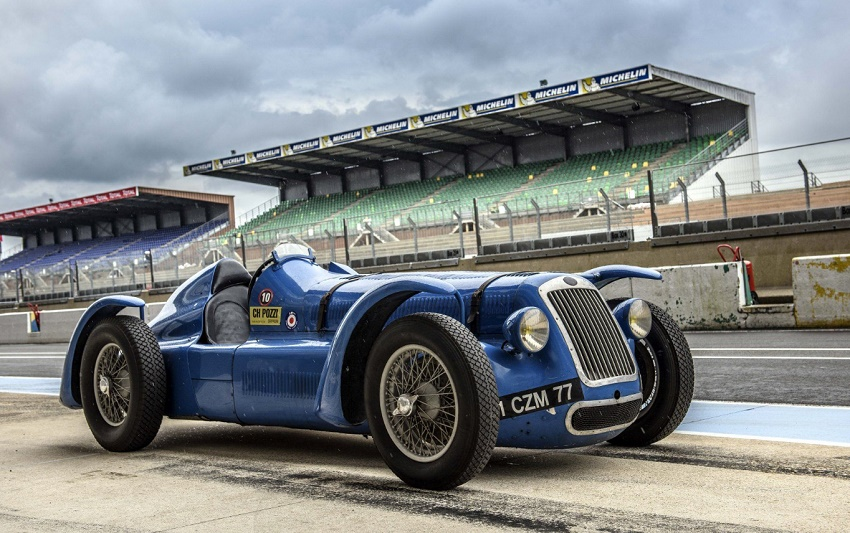 A pair of historic Le Mans race cars will lead an Artcurial auction at the Le Mans Classic next month.
The biennial vintage sports car event attracts enthusiasts and drivers from around the world, and the prestigious Artcurial sale adds high-end collectors to that guestlist.

In total, some 115 cars will cross the auction block, with examples spanning decades of automotive design and racing history.

Amongst the line up are two cars which competed in the historic Le Mans 24 Hours race, albeit three decades apart.

First up is a 1947 Delage D6 3.0L Grand Prix, originally driven in the race in 1949 by Auguste Veuillet and Edmond Mouche. Also raced in period by the likes of Philippe Etancelin, Maurice Trintignant and Charles Pozzi, Chassis 880003 is the only example of its kind to retain its original body and is preserved in remarkably preserved condition for a 70-year-old endurance race car.

The second Le Mans veteran on offer is 1977 Porsche 935, which competed in the race three times from 1978 to 1980. On the final occasion it placed 20th overall, with Hervé Poulain behind the wheel – the same man who will now act as auctioneer for the Artcurial sale!

Further outstanding highlights will include the 1961 Paris Motor Show Ferrari 250 GT SWB owned by the same collector for the last 47 years; a 1967 Ferrari 330 GTS, one of less than 100 ever produced; and a 1961 Mercedes-Benz 300 SL Roadster, offered with the optional hard-top still in its original wooden case and its original matching luggage.