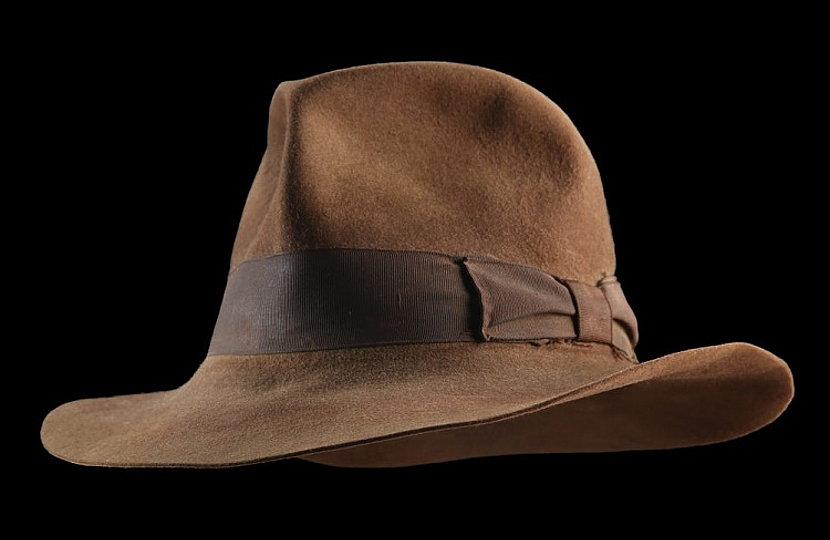 It’s the most famous hat in cinema history – and now Harrison Ford’s Indiana Jones hat is also the most valuable ever sold.

The iconic Fedora, worn by Harrison Ford in the classic Raiders of the Lost Ark, sold for a remarkable £393,600 ($521,362) during a Prop Store auction in London this afternoon (September 20).

All prices include 23% buyer’s premium.

The hat was originally designed by costume designer Deborah Nadoolman and made by the Herbert Johnson Hat Company, before being treated with dust and bleach to give it a slightly battered, well-travelled appearance (just like Jones himself).

The fedora was worn extensively by Ford throughout the production, and its unique markings meant it could be screen-matched with many of the film’s most famous moments.

These included Indy’s visit to former flame Marion Ravenswood’s bar; the Cairo street chase and short-lived duel against a sinister swordsman; a face-off with a King Cobra in the Well of Souls; the fist-fight with a German mechanic beneath a spinning aircraft propeller; and the famous desert truck chase.

The auction also included a revolver used by Ford in ‘Raiders’, along with a 10ft bullwhip used in Indiana Jones and the Temple of Doom – both of which failed to attract buyers.

The previous record price for an item of Indiana Jones memorabilia was set in 2010, when Ford’s personal copy of the ‘Raiders’ shooting script featuring his handwritten notes sold at Profiles in History for $100,000.