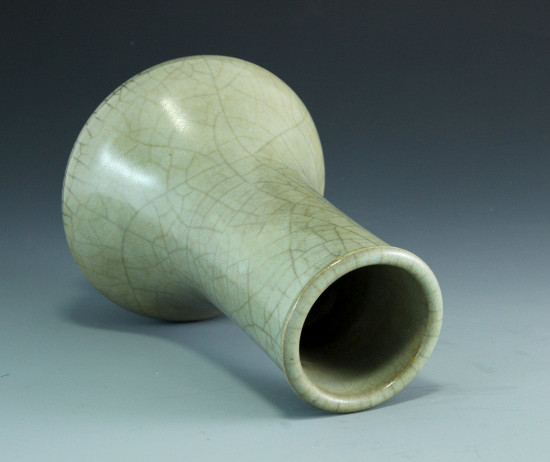 A Guan-type vase is the star lot of NY World Culture Art Center’s Asian art and collectables sale in New York on February 16.
The lot is expected to bring in around $15,000-25,000.

Guan-ware was produced solely for the imperial court (the word Guan means imperial) and dates to the era of the Southern Song dynasty (1127-1279).

Guan-ware is considered among the rarest and most beautiful forms of Chinese porcelain available and tends to perform well on the rare occasions when it appears at auction.

The Southern Song dynasty was established after the Song-Jin wars of 1125-1134 split the nation in two.

It displays the characteristic dragon motif worn by court officials. The dragon represents the emperor (in Chinese mythology he is referred to as the Son of Heaven).

The emperor alone could grant permission to wear the robes.

The colours used were hierarchical, with yellow worn solely by the emperor and his immediate family – making this lot the personal property of one of the highest figures in Chinese society during the Qing era.