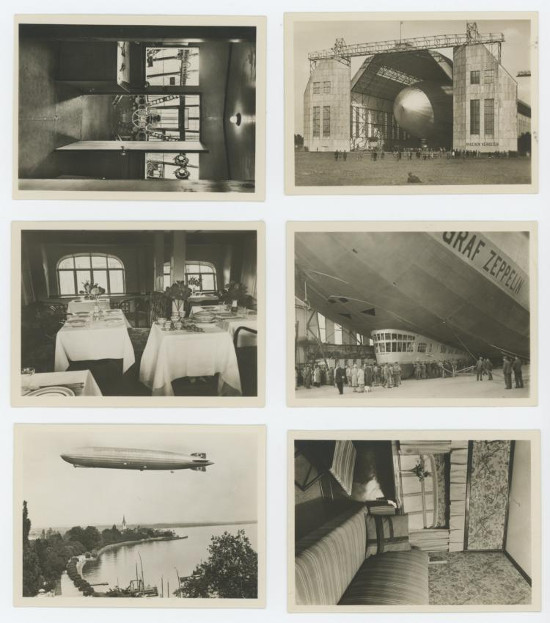 A set of 12 German photographs showing construction&nbsp;of the Graf Zeppelin in the 1920s could sell for $500-1,000. &nbsp;
The lot is among the highlight of a sale of Vintage & Historic Photography at Artelisted in Boca Raton, Florida.

The Graf Zeppelin was built in 1926-1928 and made its maiden voyage that same year.

At the time it was the largest airship ever constructed.

It travelled all around the world, taking in Brazil, Russia and the US until 1937, when it was decommissioned.

There are few remnants, as it was scrapped for parts during the second world war.

The sale will include photographs depicting aviation pioneers and early automobiles, as well as pieces dating back to the US civil war era.

Among the other pieces offered is a print of Alfred Eisenstaedt’s iconic Kiss – the famous image of the sailor kissing the nurse in Times Square on VJ Day.

Eisenstaedt later explained: “In Times Square on V.J. Day I saw a sailor running along the street grabbing any and every girl in sight.

“Whether she was a grandmother, stout, thin, old, didn’t make a difference. I was running ahead of him with my Leica looking back over my shoulder but none of the pictures that were possible pleased me.

“Then suddenly, in a flash, I saw something white being grabbed. I turned around and clicked the moment the sailor kissed the nurse.

“If she had been dressed in a dark dress I would never have taken the picture. If the sailor had worn a white uniform, the same. I took exactly four pictures. It was done within a few seconds.”