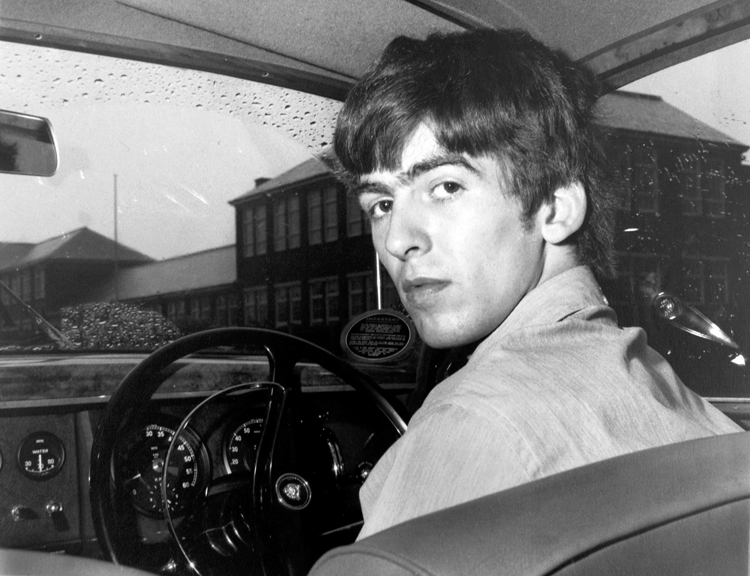 A Porsche once owned by George Harrison will be offered for sale in the U.K next month, after almost being scrapped for parts more than a decade ago.
Harrison had bought the black Porsche 928 new in 1980, and drove it for four years, during which time it was registered to his famous Friar Park home in Henley-on-Thames.

However, when the car’s current owner Raj Sedha purchased the car back in 2003 he had no idea of its famous former owner.

He was set to dismantle the car for spare parts, before his wife noticed Harrison’s name in the log book.

"It didn’t click with me," said Sedha. "She said it is George Harrison’s. I said, ‘That’s who the man who I bought it off said. Who is he?’ She said, ‘He’s the Beatle. You can’t take the car apart for spares’."

Sedha quickly decided to restore the car instead of scrapping it, and it is now expected to sell for £20,000 as part of a special Beatles memorabilia sale at Omega Auctions in Warrington.

"For anybody that’s into cars and The Beatles, this is a must-have," said auctioneer Paul Fairweather.

"The 928 is an absolute classic and the fact that it was owned by George for four years from new will ensure that it roars off the auction block."

Harrison was renowned for his love of fast cars and motorsports, and throughout his life he is thought to have owned more than 100 automobiles.

The Omega Auctions sale, which takes place on March 17, will also include rare footage of The Beatles performing in Canada, which was recently rediscovered after spending more than 50 years in a drawer.