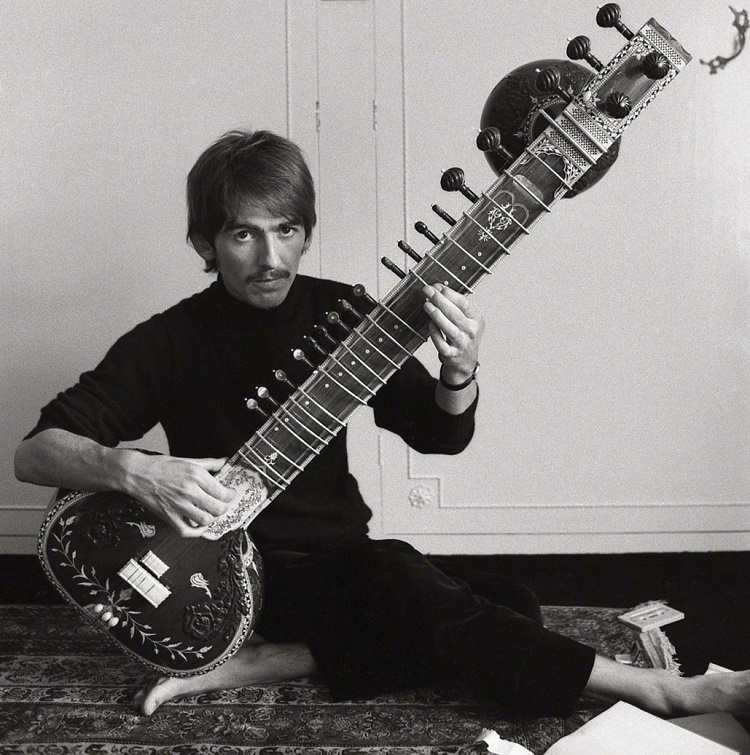 The first sitar ever owned by George Harrison is expected to sell for more than $50,000 when it comes up for auction later this month.
It’s believed to be the same sitar which Harrison played on the Beatles track Norwegian Wood, which helped introduce Indian music to mainstream Western listeners.

Harrison was first introduced to Indian music in 1965 by fellow musician David Crosby, during the Beatles’ U.S tour, and upon returning to the U.K he purchased his first sitar.

Harrison later recalled the sitar in the Beatles Anthology:

”I went and bought a sitar from a little shop at the top of Oxford Street called Indiacraft – it stocked little carvings, and incense. It was a real crummy-quality one, actually, but I bought it and mucked about with it a bit.

"Anyway, we were at the point where we’d recorded the Norwegian Wood backing track and it needed something. We would usually start looking through the cupboard to see if we could come up with something, a new sound, and I picked the sitar up – it was just lying around; I hadn’t really figured out what to do with it. It was quite spontaneous: I found the notes that played the lick. It fitted and it worked.”

The song featured on the classic album Rubber Soul, on which the Beatles began their transition from pop idols to serious musicians.

During this period Harrison began to develop his life-long fascination with Eastern culture and the Hindu religion, inspired in particular by the music of Ravi Shankar, with whom he later studied in Bombay.

In 1966 Harrison married Patti Boyd, and when they flew out to Barbados for their honeymoon he took his treasured sitar with him.

The couple stayed on the island with Pattie’s friend George Drummond, a minor British aristocrat and the Godson of King George VI. They spent their days relaxing, as Boyd sunbathed and Harrison practised with his new instrument.

He eventually had a new sitar shipped to him on the island, and gifted his original one to Drummond as thanks for his hospitality.

The sitar remained in his collection for more than 50 years before being consigned to auction, and comes with a letter of authenticity from Boyd who claims it was the same instrument played on Norwegian Wood.

The instrument will be offered for sale as part of Nate D. Sanders’ September 2017 auction, which runs online until September 28.