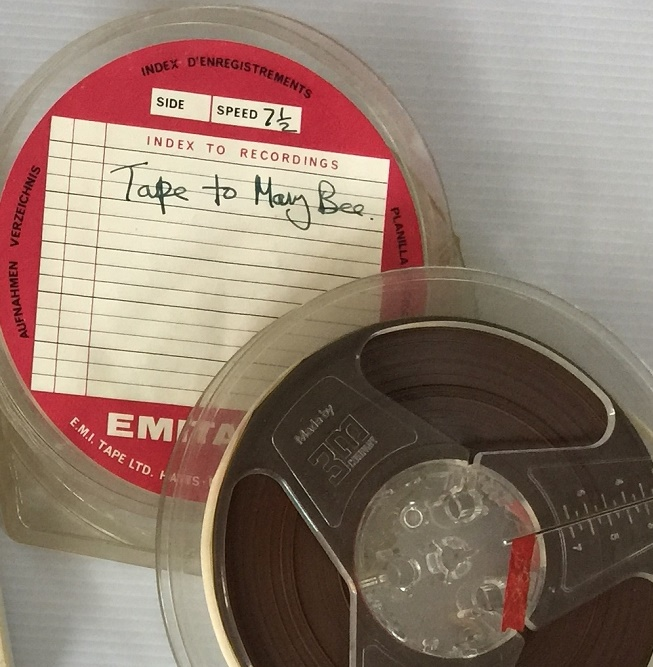 Beatles fans are in for a treat this month, as a previously unknown song by George Harrison heads to auction in the U.K.
Harrison wrote and recorded the track ‘Song to Miss Mary Bee’ in 1968, around the time of his first solo album Wonderwall Music, but it was never released.

The song was inspired by Mary Bee, a close friend of Harrison and his wife Patti Boyd, and the song was recorded especially for her.

Mary Bee was an old boarding school friend of Boyd’s, and the pair shared a flat together in London in the mid-1960s.

It was during this time, in 1964, that Boyd met Harrison on the set of A Hard Day’s Night. Harrison famously asked Boyd to marry him the first time he saw her, then followed his proposal with "Well, if you won’t marry me, will you have dinner with me tonight?"

The pair began dating, and Boyd mentioned both Bee and The Beatles in a column she wrote for the U.S publication 16 Magazine in 1965:

"Mary and I are very much alike, I am five feet six inches tall and we have about the same measurements, which means we can borrow each other’s clothes – and that comes in handy. We both love cooking, and when we have special guests for dinner – like a couple of beatles! – we join forces over the meal. My speciality is veal scallopine and Mary makes marvelous apple-crumb cake."

Harrison and Boyd were married in January 1966, and Boy’s interest in Eastern mysticism later inspired the Beatles to meet the Indian mystic Maharishi Mahesh Yogi, who they then visited in India in February 1968.

The Omega Auctions sale includes three postcards sent to Bee by Boyd and Harrison during their journey to India, which mention their yoga and meditation sessions.

The song itself is inspired by Harrison’s love of Indian music, and was recorded at Kinfauns, his home in Surrey where The Beatles also recorded demos for The White Album.

Harrison recorded the song, along with versions of songs he was working on for his Wonderwall album, as a special gift for Bee, and they have remained in her possession ever since.

The lot also includes a six-page letter from Boyd to Bee, in which she mentions that George has "just come into the kitchen singing Mary Bee, Mary Bee about to make a lovely cup of tea".