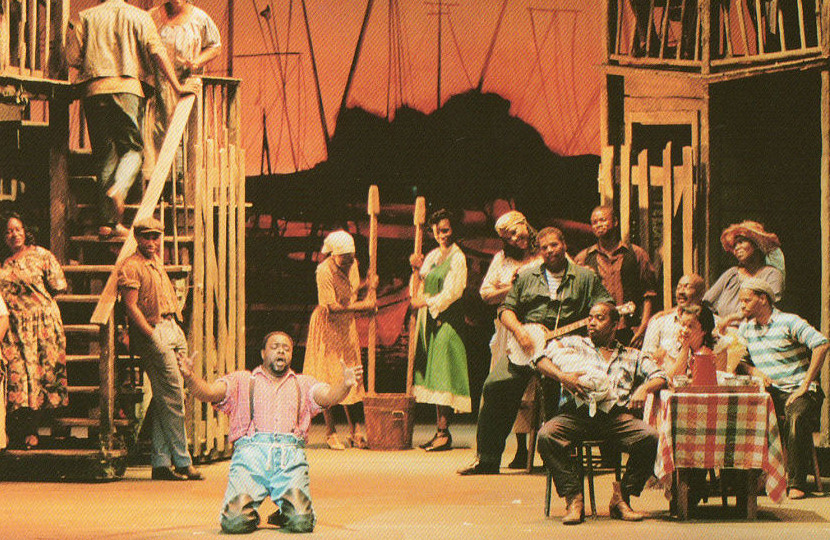 This manuscript is three pages in length, making it one of the largest known sketches from this opera. Gershwin’s finished score for this song is in the Library of Congress, dated May 23, 1934. This version likely dates to around March that same year.

According to Sotheby’s, this will be the first time a full autograph song manuscript from Porgy and Bess has sold since 1988 – when the score for Where’s My Bess, Oh, Where’s My Bess auctioned for an undisclosed sum.

Porgy and Bess is among the most celebrated American operas of the 20th century – and certainly the most popular. It’s adapted from Porgy, the 1927 play by Dorothy Heyward and DuBose Heyward, and featured an all-black cast. Given the complexities of race in America, this was a bold decision on Gershwin’s part that resulted in the work being barred from the Metropolitan Opera House.

In the 1936 run at the National Theatre in Washington, DC the cast refused to perform unless the audience was desegregated. Gershwin was sincere in his intention to create an opera that celebrated the jazz music of the time. Many of the songs (Summertime in particular) have since become standards.

However, the opera has come under fire in the decades since due to perceived racism – as well as elements that stereotype the African-American community. It’s important to bear in mind that this was a story originally written by a descendant of a white plantation owner and adapted by a Jewish-American Tin Pan Alley songwriter. However, it’s also seen as a work that championed black voices and music in an arena where they were rarely heard.