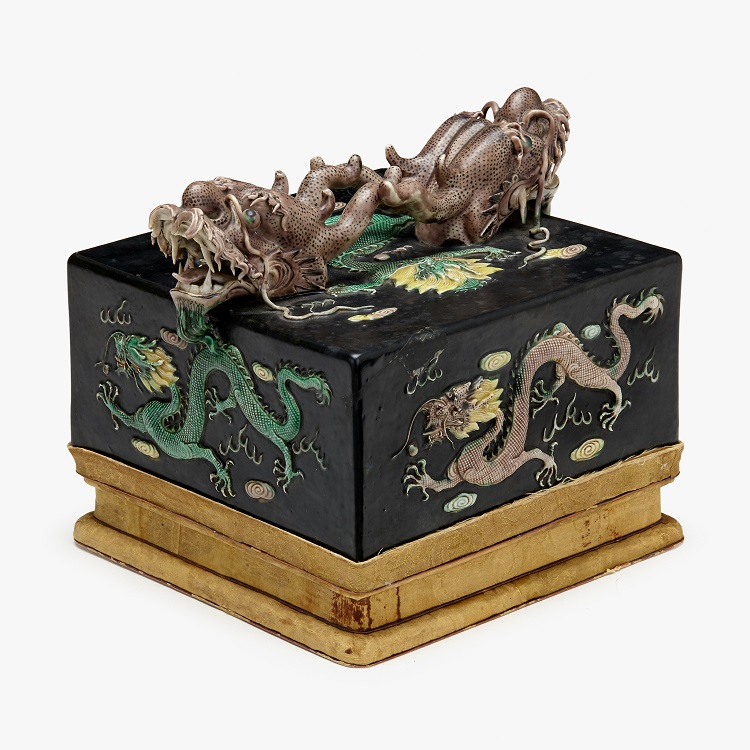 A highly rare and historic imperial porcelain seal from Empress Xiaoyiren, who reigned for a single day in the 17th century, will be auctioned by Freeman’s next month.
Originally named HeXian, she spent more than a decade as the Kangxi Emperor’s Imperial Noble Consort (Huang gui fei), and welded considerable influence as the de facto Empress.

During this time she was praised for being pious, compassionate and benevolent, and she also raised and educated several court princes including the future Yongzheng Emperor.

In later years she fell gravely ill, and in her final days the Emperor named her as the Empress as a sign of his respect. She was officially installed in the position for just a single day before her death on&nbsp; August 24th, 1689, making her the shortest reigning empress in Chinese history.

A single pair of Imperial seals are believed to have been created during her brief reign, one bearing her mark and the other the mark of the Kangxi Emperor. The latter has since been lost, but the former has been documented by noted experts throughout the 20th century.

The seal displays the high level of quality and craftsmanship which typifies the reign of the Kangxi Emperor. He was renowned as a passionate patron of the arts, and during his reign he encouraged countless innovations in the porcelain industry.

The porcelain seal was created using the famille noire glazing method, which had previously not been used since the 15th century, and features a number of dragons in relief, including a pair whose horns interlock to form a large handle.