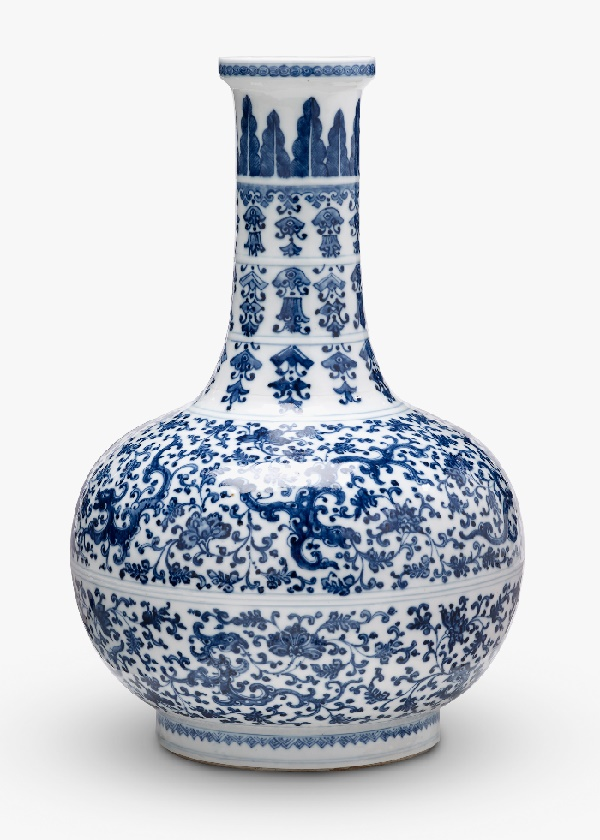 Amongst the selection are two porcelain vases once owned by Bishop, the wealthy industrialist who became one of the most prominent American patrons of the arts and sciences during the late-19th and early-20th century.

First is an exceptional blue-and-white bottle vase, elaborately decorated with hand-rendered dragons and floral scrollwork, dating from the Qianlong period and estimated at $80,000-$120,000.

The second piece formerly owned by Bishop is an 18th century pink-ground vase with cup-form mouth, decorated using a variety of possibly experimental techniques. Decorated with a wide range of auspicious and emblematic symbols from the Chinese Daoist, Buddhist and secular scholarly traditions, this "true conversation piece" is valued at $30,000-$50,000.

Freeman’s will follow the sale with its inaugural Hong Kong auction in partnership with Lyon & Turnbull on May 31 – highlighted by a rare, 600-year-old Ming stem cup valued at $3-6 million.

“The burgeoning art market in Hong Kong, combined with both companies’ success with attracting and selling to new clients in Asia, made a joint auction venture in Hong Kong the next logical step to better serve these collectors,” said Paul Roberts, president of Freeman’s and vice chairman of Lyon & Turnbull.